July 11:  Firefighters focused on mopping up the fire’s edge, removing excess equipment and supplies, starting the demobing process. 1 Helicopter was available if water drops were needed. Weather conditions were becoming more poor as the temps heated up to a near 90*F and RH nearing 20%.  Road and trail closures still in effect. This is the last day NWIMT7 will manage the fire. A Type 3 until will be led by IC Charlies Burns which will continue to mop up and patrol the fire beginning on Friday, July 13, 2018.

July 10:  Firefighters secured fire containment lines.  They were tasked with mopping up on the interior of the fire with hand tools and water, as well as to scout for any rolling debris.  Fire was at 74% containment and 317 acres (306 acres on DNR  land and 11 acres on USFS lands). 364 personnel were assigned.  Level 1 evacuations were lifted but road and trail closures were still in effect.  Some of the fire personnel were released from this fire to assist on the Ryegrass Coulee Fire in Vantage.  No significant fire behavior or growth.  Some portions of this incident will start demobilizing.

Cooler weather has dropped over the fire line helping minimize fire behavior and slowing down the rate of spread on this wildfire near the town of Cashmere in Eastern Washington State. 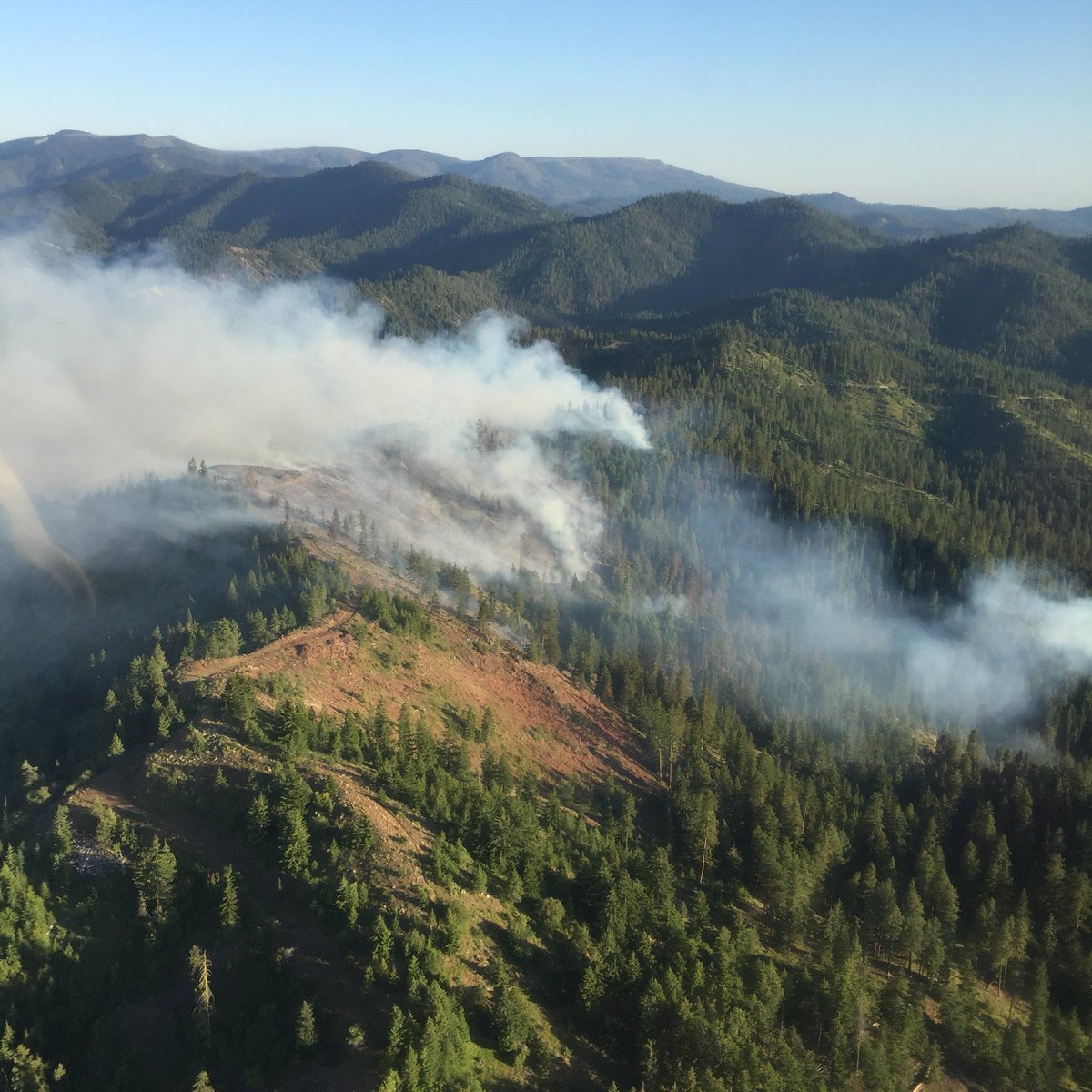 There has been 338 acres scorched and crews have reached a successful status of 5% containment, but they are continuing aggressively to obtain all fire objectives.

There are still 270 fire personnel with another 175 en route to help increase containment before the forecasted high winds on Monday, July 9, 2018 to be present.