ARIZONA | A wildfire was sparked by an unknown cause on Thursday, May 30th in the very dry part of the State and burning in very dry grass and weeds.

1238 MST |  A presser was released that the fire had burned 60 acres.  There were no road closures or assets at risk at this time.

1528 MST | 500 acres destroyed. Fire moving N/NE. Has not crossed over SR 74 yet.  Fire is on the NE corner of the #DoveFire burn scar. About 75+ personnel are approximately assigned to this incident.

1715 MST | The fire was reported as heading north by media news outlets.

Alert | Please stay out of the fire area, as it can become a liability and is very dangerous.  The Sheriff’s Office may take action against if you do not heed warnings and alerts.  Firefighters have been asking those coming into the area to leave immediately.

2020 MST | East flank secured by AZ State Fire Phoenix Crew. Cooler evening temps expected to help cool down the fire but smoke from within the perimeter will remain in the area.  Mutual aid units are also assisting.  2500 acres. 10% containment. 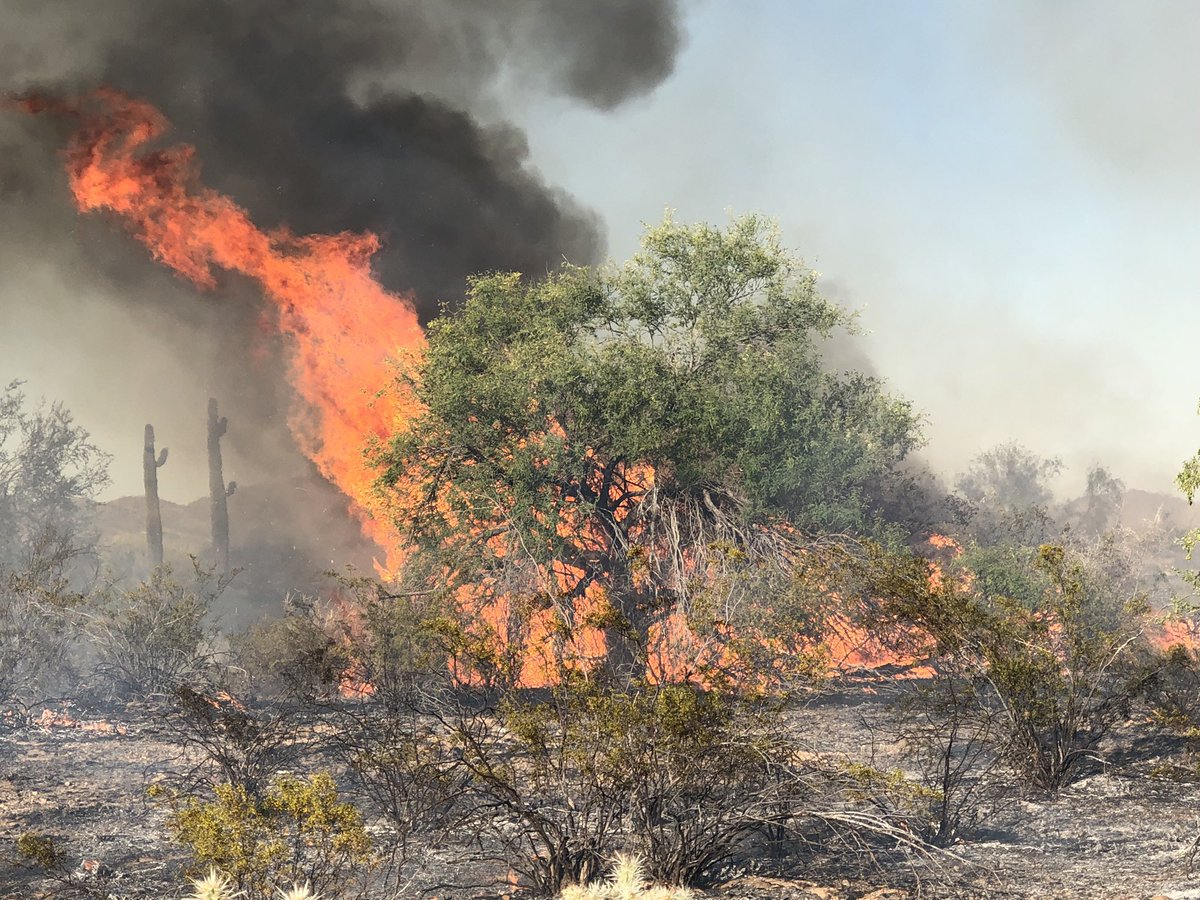 Alert | There is currently a burn ban (no burning) in Maricopa County currently due to extreme fire danger, adverse weather conditions and fires can easily escape containment.

2111 MST  | APS, the area’s public utility is working directly with the IC due to the fire coming really close to power lines. Fire crews did a back burn to move the fire “away” from the lines. 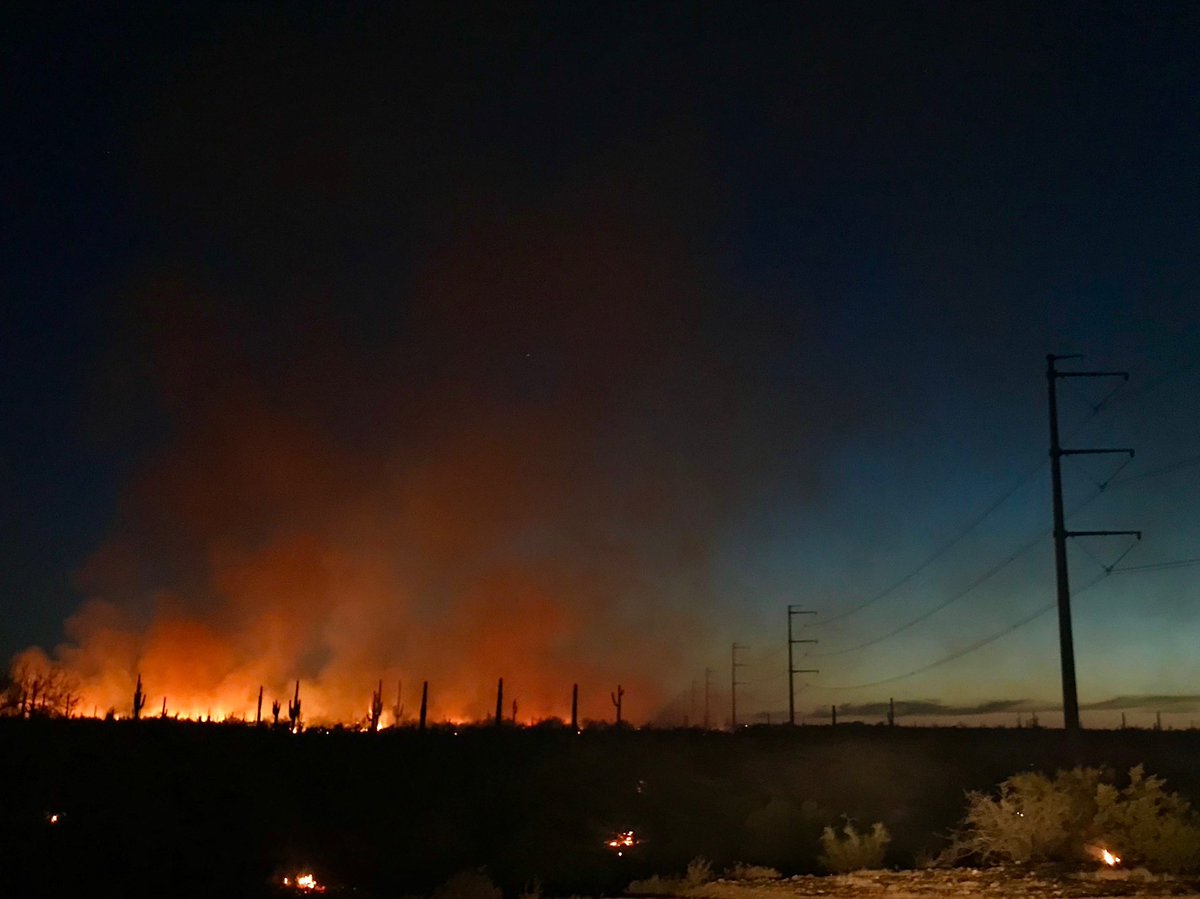 Social media on this fire is a  hot topic and here are what some are saying: 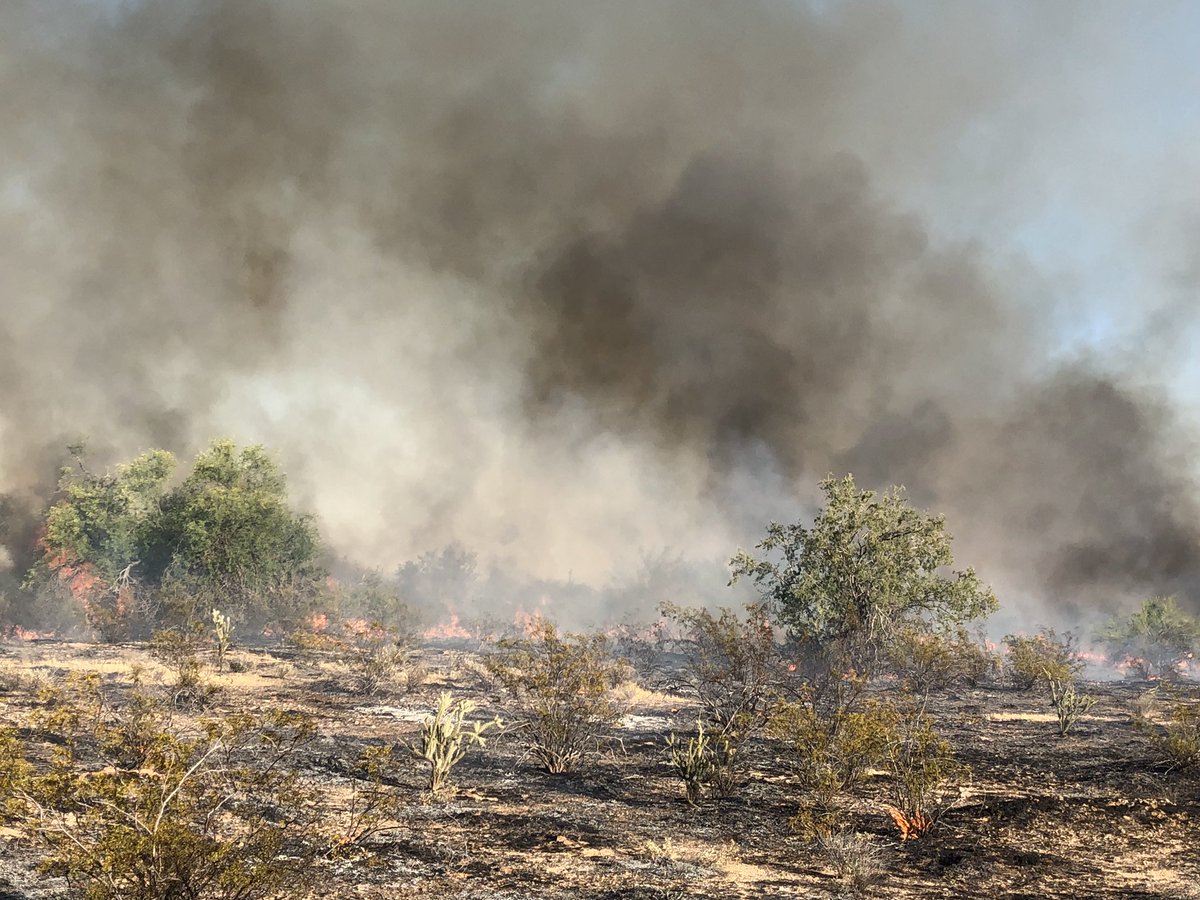 We are using the following hashtags for this incident as well as others on Social Media.  #FireSeason2019 #AZwildfires2019 #WhiteWingFire