Seattle Firefighters were dispatched to an early morning to a 3-alarm blaze that caused heavy fire damage to four buildings under construction in the 1000 block of Sturgus Avenue South on Thursday, August 20, 2020.

The Battalion Chief responding to the scene could see a black thermal cloud in the Beacon Hill area and immediately called for a 2nd alarm. At the height of the incident, it had reached a total of 3-alarms, emptying out half of the City’s stations.  Other units from outside the area responded to CODE RED move-ups to back fill areas to continue with uninterrupted calls for service.

Two eastbound lanes in the interchange on I-90 and I-5 were ultimately shutdown by WSDOT and WSP on I-90 as large burning embers spotted from the top of the Beacon Hill side and raining on drivers down below.  One eyewitness said it was like driving in the middle of the forest on fire.

Traffic was held for about twenty minutes, then reopened again by the WSDOT Incident Response Team and Washington State Troopers. 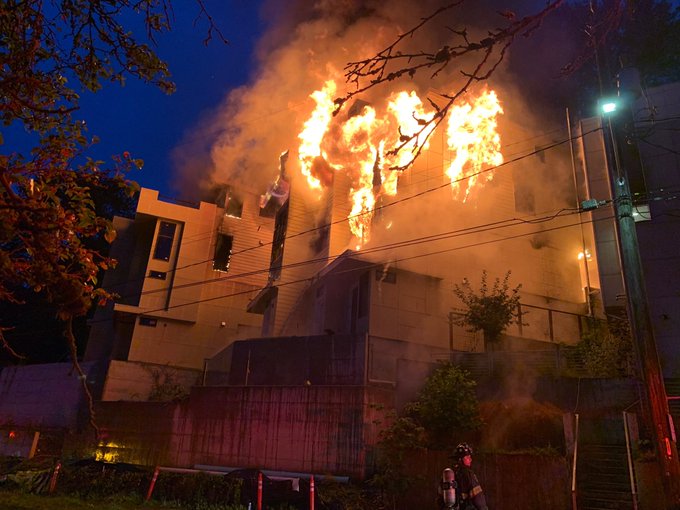 Photo Credit | Seattle FDIn all a total of four buildings were heavily damaged.  The cause is unknown and under investigation by the Fire Marshal’s office.

There were no injuries to firefighters or civilians were reported.