POST SUMMARY | Some wildfires have turned into Firestorms burning up everything that stands in its path, as if it were a runaway freight train.

Structure protection within the Alpine Lakes Wilderness will start on Wednesday. 2,154 acres. Estimated containment date is 11/1/2017. 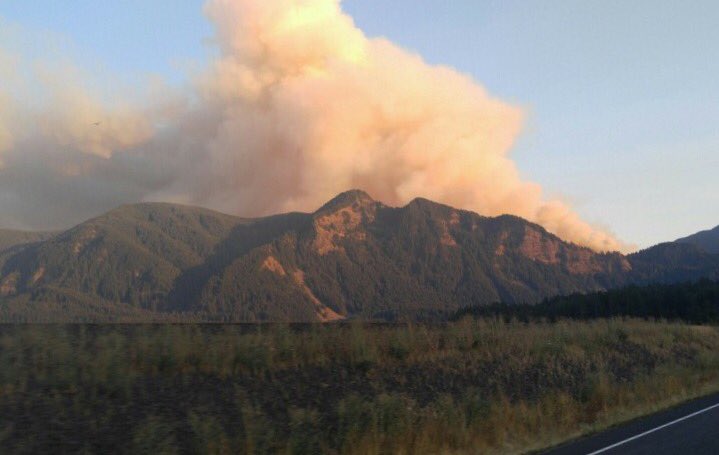 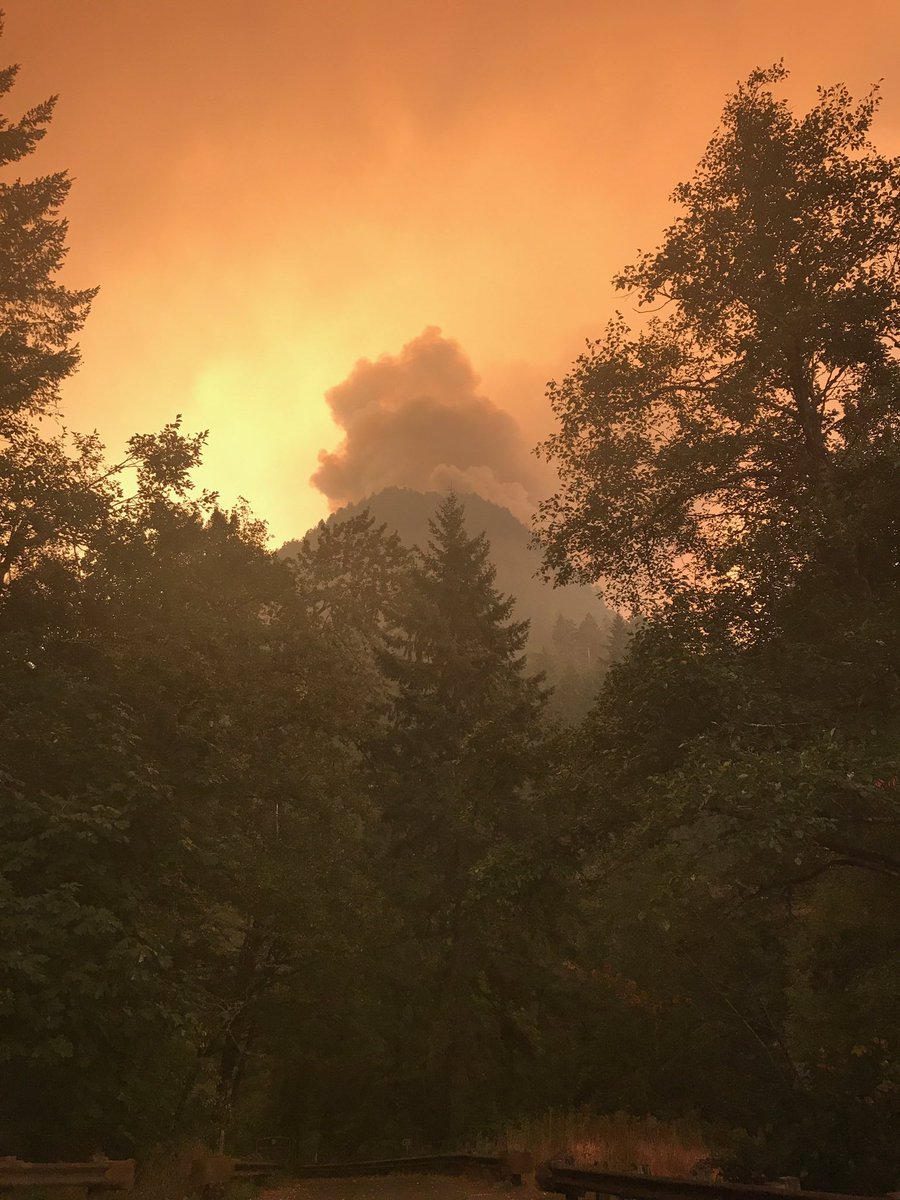 Unified Command is made up of CFPA, OSFM and PNW Team 3.

Become a Fire Smart Hero to yourself and your Family by becoming Firewise.  Here is how you can start today by following these great recommendations, Courtesy of Forest Service NW.

A temporary flight restriction or TFR is in effect. No drones have been present that Fire Officials know of and to keep firefighters safe in the air and ground, it must stay clear of them.  Unsure where you can fly? Check out this website at http://www.KnowBeforeYouFly.org

Smoke billows from the mountainside. Courtesy of Eagle Creek and Indian Creek Fires 2017

Extreme fire behavior with torching, wind-driven runs and long-range spotting.  Fire has moved across the river and burning in both Oregon and Washington State. Fire crews were busy with structure protection and evacuations.

Multnomah County Sheriff Office states as of 1000 hours on Tuesday there are no new evacuations but the previous orders are still in effect.  Level 3 Warrendale, Dodson, Larch Mountain, Latourell, Bridal Veil and East Corbett.   Level 2 Corbett and Springdale.  Evacuation Shelter is located at the Mt. Hood Community College at 3691 NE 17th Drive, Gresham, OR.

Social Media is reporting this fire located about 30-40 miles is East of Portland’s air is full of a brownish-grey color of smoke is hanging in the air for the several days and soot raining down below.

TUMBLE BUG 2 FIRE.   Started at the time and about 5 miles East of the Staley. Suppression efforts being made on fire suppression and structural protection of public and private timber, cultural and historic resources and critical habitat for the Northern Spotted Owl and Bull Trout.  Fire now in patrol status. #TumbleBug2Fire

20 fires burning within the Crater Lake National Park, the Rogue River – Siskiyou NF on the High Cascades Ranger District, the Umpqua NF, Tiller Ranger District and the Fremont – Winema NF in the Sky Lakes wilderness. 13 of these wilderness have been contained and are in patrol status. 7 are being managed with full suppression strategy.  742 personnel.  #HighCascadesComplex

Broken Lookout Fire.  Priority fire due to Hwy 62 and Union Creek. To use air resources to stop fire spread and to strengthen containment lines, as well as structure protection.

Spruce Lake Fire.  3rd priority due to Hwy 62 and Wood River Valley. Another lightning strike caused this fire on 7/29/2017, burning on the West side of the Crater Lake National Park.  NW IMT Team 7 took over management on 8/24/2017.

Pup Fire.  4th priority due to Hwy 62.  To provide structure protection for Hershberger Lookout and nearby telecommunications site.

Incident Cooperators include OR DOF, OR Military Department and Warm Springs FD.

Crews continue to mop up within the fire perimeter  and secure containment lines as the fire continues to smolder in heavy fire fuels such as heavy logging slash and timber (litter & understory). Smoke due to heavily impact Hwy 20 night and early morning.

Unified Command consists of the NW IMT Team #12, Willamette NF and the OR DOF.

Located 50 miles East of Roseburg, OR and along 35 miles of the Hwy 138 corridor and spread throughout the North Umpqua and Diamond Lake Ranger Districts. Started as multiple fires.   Start 8/11/2017 around 1030 hours. Majority were lightning caused and moved through the area in August.  Main fires separated into east and weest zones.  956 personnel. #UmquaNorthComplex