Some wildfires have been burning already for a few months, while others are expected to burn well into October or possibly into November.  Overnight, there were eight new wildfires with one being a brand new large incident (Archer Mtn Fire) ,

The AMERICAN FIRE started on August 10, 2017 from lightning and is located about 11 miles West of Cliffdell, Washington.  Currently the fire is at 1,320 acres that has not wavered from a zero-percent containment status.

Fire behavior is active with single tree and group torching.  The fire crossed over the American Ridge on Tuesday, September 5th and is slowly backing down towards Bumping Lake. Crews were working on continuing with their hose lays and installing sprinklers in the area for structure protection activities.

There are approximately 110 homes still being threatened.

The USDA Forest Service is the lead Agency with two personnel due to being monitored by the Agency.  NORSE PEAK FIRE fire crews are on stand-by in they are needed for fire suppression.

Total costs for fire suppression and containment expenses have reached $403,000 to date.

The fire has burned 120 acres and is currently listed at a six-percent containment status.

There are 82 personnel along with six engines and three crews.

Fire behavior was reported as active with backing and running.

There are currently 12 homes that are being threatened.

The  BRIDGE CREEK FIRE was ignited by lightning and is located about two miles NE of Keller, Washington on August 8, 2017.  Crews from the Mount Tolman Fire Center immediately responded and applied an initial fire attack on August 9, 2017. Their Incident Management Command team would transition over to the NWIMT Team 6 on August 11, 2017.

This is what a 20-person fire crew looks like on the Bridge Creek Fire.

The NWIMT Team 6 would later transition in with the NW IMT Team 11 which assumed command on August 25th around 1800 hours.

The Type 2 IMT team is scheduled to transition with a  new and local Type 3 IMT on Friday, September 8th.

NW IMT Team 11 at an evening meeting. These are the faces behind the fire line management team.

The main focus for Fire Management and crews was to protect the Bridge Creek Road, a key route for the tribal community, which has been completed.  Some areas of the fire have demobilized, while others are still focusing on Division G, which was the center of attention on yesterday’s post where most of the fire was burning. Today, crews will complete mop-up to 30 feet.  Other divisions are reporting they have mopped up to 100 feet into the fire area where it was safe to do so.

The lead Agency is the Colville Agency.  They currently have 276 personnel along with three crews, one helicopter and 14 engines assigned to this fire that has burned 3,711 acres.  Fire crews have successfully gained an 85% containment status.

Costs for fire suppression and containment expenses have reached a whopping $15,700,000.

The DIAMOND CREEK FIRE is burning 27 miles NNW of Winthrop, Washington on the Pasayten Wilderness that was sparked by human intervention on July 23, 2017 around 0945 hours.  Law enforcement officials have not released the cause of the fire.

Fire fuels include heavy dead and down timber stands.

A Washington Smoke Blog, which data is gathered from County, State and Federal Agencies along with Indian Tribes and posted to this map by volunteers show the massive amounts of smoke pouring into the lowlands all across the NW.  http://wasmoke.blogspot.com/

USDA Forest Service is the lead Agency and has 10 personnel assigned under their command along with one helicopter.

The Diamond Creek Fire crossed over the Canadian border on August 29, 2107.

Fire was reported to have extreme behavior yesterday, appears to be listed as just active.

The EAST CRATER FIRE is burning 12 miles West of Trout Lake, Washington on  Gifford Pinchot National Forest lands and reported to be in the Indian Heaven Wilderness.  The fire is also burning in the Bear Creek Watershed.

It was started by an unknown cause on September 3, 2017.  Law enforcement officials are investigating.

There are 19 personnel on this fire with one engine.

$20,000 is the cost-to-date fire suppression and containment total.

The JACK CREEK FIRE is another wildfire ignited by lightning.  This fire is located 15 miles WSW of Leavenworth, Washington that started on August 11, 2017.

There has been 1,800 acres burned and there is a zero-percent containment status.  Estimated containment is November 1, 2017.

The USDA Forest Service is the lead Agency along with 20 personnel.  No other resources are assigned to this incident.

The JOLLY MOUNTAIN  FIRE has been burning intensely ever since it was ignited by lightning on August 11, 2017.  This fire is located 11 miles NW of Cle Elum.

Community relations is key to keep the community well aware of what is happening, what to expect and how to stay prepared.

Over 800 (809 to be exact) firefighters along with 17 crews, 77 engines and nine helicopters are assigned on this fire.

4,204 homes and 1,073 minor structures are currently being threatened.

Incident Cooperators include for this  Fire include the American Red Cross, Kittitas County Fire Districts #6 and #7. Kittitas County Sheriff Office, WA DNR and the Nature Conservancy. 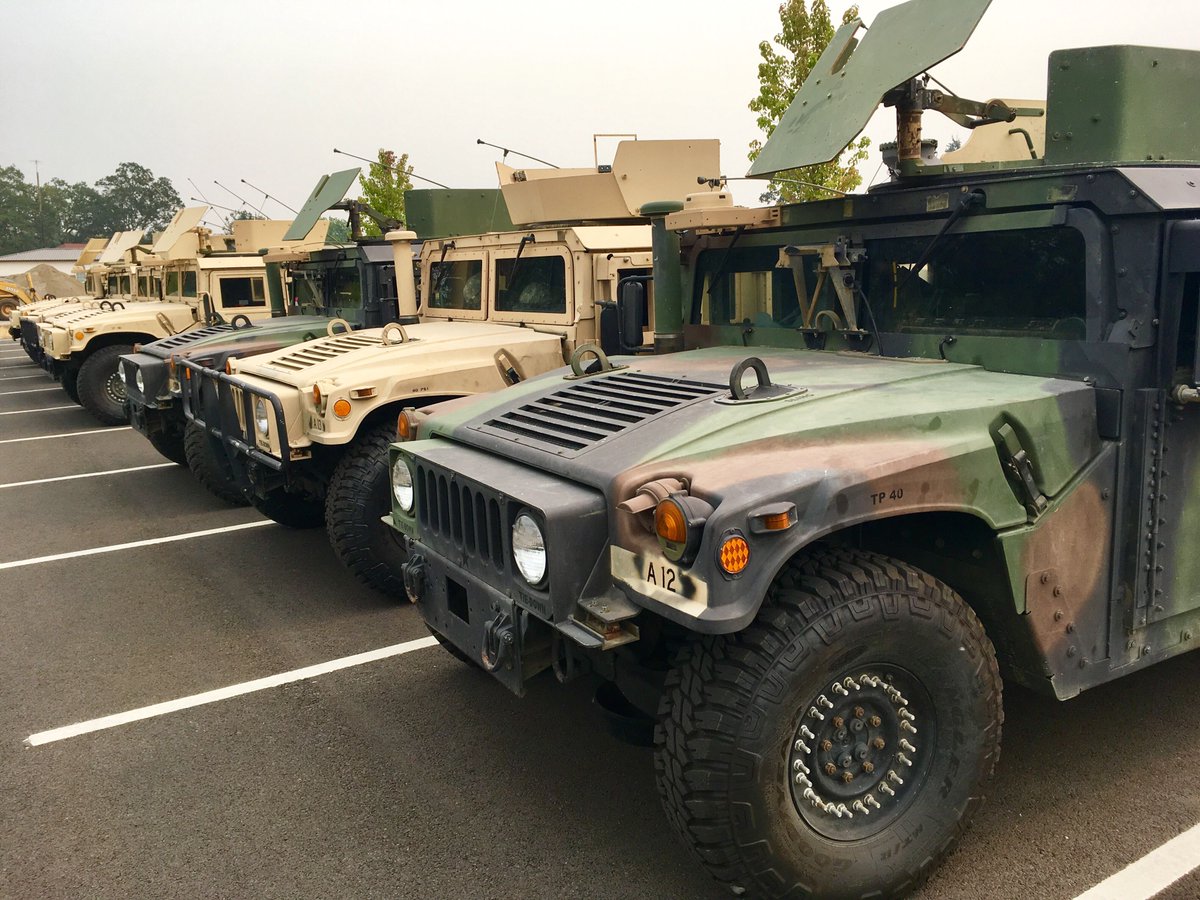 On September 2, 2017, the Washington State Gov. Jay Inslee declared a State-of-Emergency due to wildfires burning across the State.  This has activated the National Guard, EOC, local and State firefighting resources.

The Jolly Fire has definitely burning intensely and this is one of many Fire Images of this incredible out-of-control wildfire.

For those whom may have breathing issues from all the heavy smoke hanging in the air, there are  FREE Personal N95 air masks are available at the Kittitas County Public Health Department, Central Washington University SURC Info desk, Putnam Center in Cle Elum and Kittitas Fire District #7 in Upper County.

There has been 24,514 acres consumed and a five-percent containment status reached. Estimated containment date is October 15, 2017.

About $13,600,000 in fire suppression and containment cost-to-date have been reached.

The  NORSE PEAK FIRE Management team is currently managing the AMERICAN FIRE and all of its personnel have been on stand-by for weeks in case needed to staff that wildfire.  The Norse Peak Fire was started by lightning on August 11, 2017 and is located about 11 miles West of Cliffdell in the same area as its sister fire.

Fire behavior is active with flanking, single tree and group torching.  There has been 43,482 acres scorched with an eight-percent containment status.

There are  currently 371 personnel  along with 10 crews, two helicopters and 28 engines assigned to this incident.

The QUARRY FIRE is the closest fire burning near Seattle, Washington.  This wildfire is burning 30 miles NE of North Bend on the  Mt. Baker – Snoqualmie National Forest was human-caused that ignited on August 11, 2017.

Roadways are being used as Fire breaks.

Fire fuels include timber and medium  logging slash.  There has been 130 acres consumed but a 40-percent under control status has been reached.

There is the same amount of resources are there were yesterday with 90 personnel, two crews and three engines.

Due to rugged landscapes, the fire cannot be contained but only listed as under “control”.

The SAWMILL CREEK FIRE started on September 4, 2017, from an unknown cause.  It is burning 10 miles NE of Greenwater, Washington in the Greenwater Watershed.  There have been 848 acres burned and at the time of this posting, there is a zero containment status.

Cost for fire suppression and containment expenses have reached $150,000 in the initial stages of this fire.

UNO PEAK FIRE started on August 30, 2017, from an unknown cause.  It is located 16 miles NW of Manson, Washington.  Fire has burned 6,520 acres and has a one-percent containment status.  Estimated containment is October 15, 2017.

Fire is threatening 13 homes and 22 minor structures.  It has already destroyed one cabin.

Overall, fire suppression and containment costs have topped out at $1,500,000.