INCIDENT SUMMARY | A small intense wildfire is burning on Mason Avenue in Daytona, Florida which has fire and law enforcement working the incident that appears to have ignited from an unknown cause on Wednesday, April 4th. 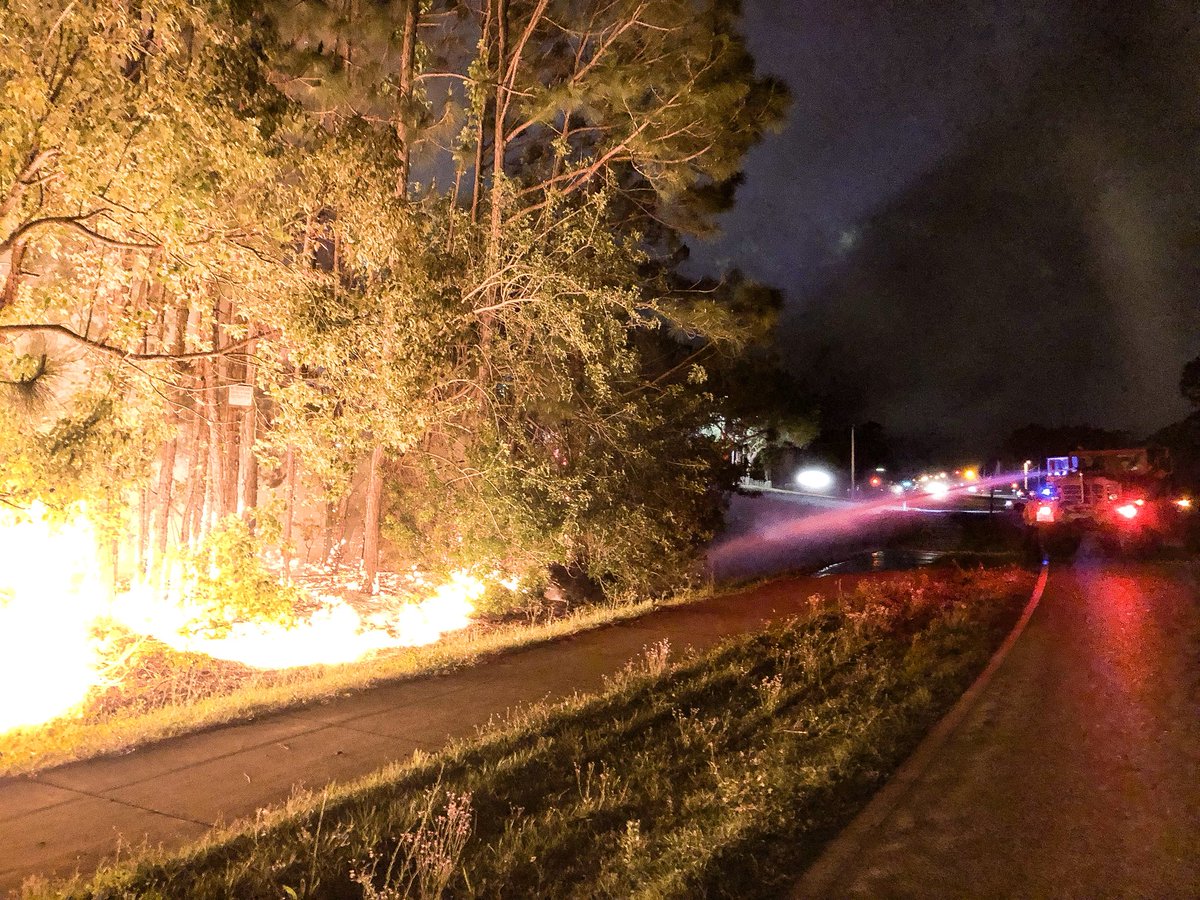 FIRE CONDITIONS | Firefighters were said to be mopping up the six (6) acre wildfire but will have resources doing fire watch throughout the evening into the next day.  The fire was said to be at a fifty-percent (50%) containment status at 1734 PDT.  Burnout operations have been conducted.  A BC came on-scene for another incident noticed some areas on the brush fire needed some attention and a request for water be brought over near the bull dozer line.  Concerns of possible cabbage palms catching on fire was discussed but crews were addressing the wildfire.

As of 1850 hours PDT, fire crews were repositioning equipment to stop forward progression of the fire that was said to be heading towards trees. Embers were said to be flying across the street towards an apartment complex.  Another smaller brush truck was requested by Command.