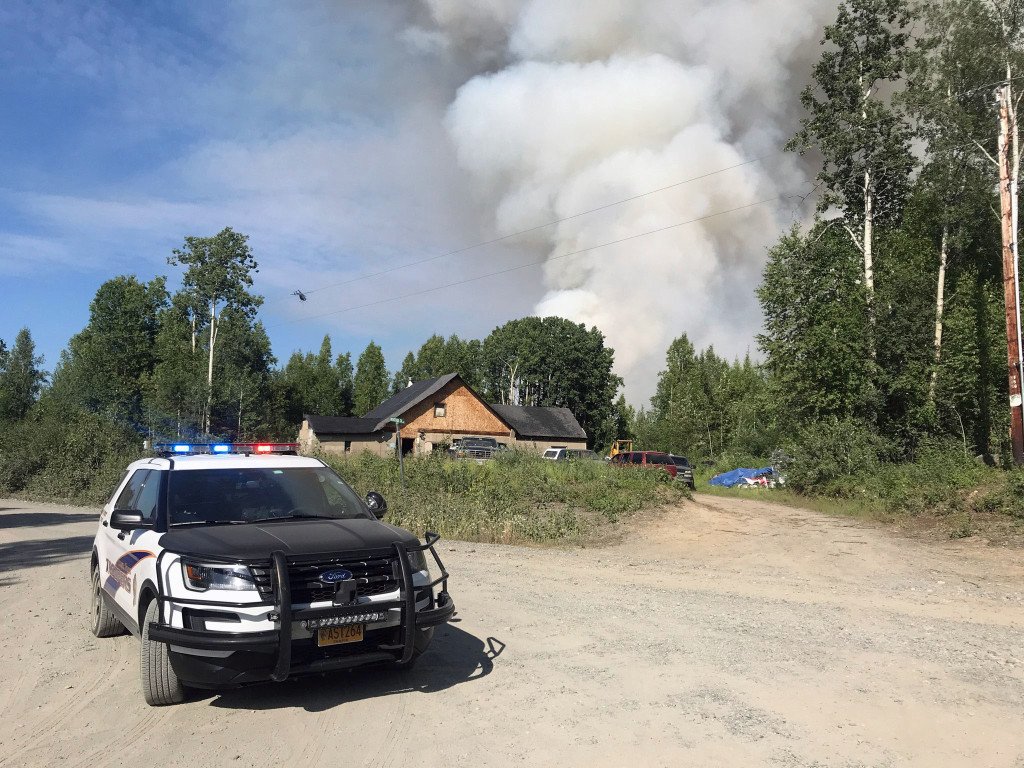 Overnight, Alaska had two known and reported wildfires, one was due to a bonfire where party goers fled and it had escaped its containment area. It has since been put out.

This wildfire named the MONTANA CREEK FIRE is burning on private land that started on July 3rd.  It was reported to Palmer Forestry by MATCOM at 1500 hours.

There has been 247 acres of spruce and hardwoods that have been destroyed.  Fire behavior is extreme with a high rate of spread but has since been slowed. Crews will remain on-scene for most part of the morning.

Currently in the State of Alaska, there are 19 staffed fires, 93 that are in a monitoring status, 3 have been put out and 2 prescribed fires, for a total of 640,589 acres destroyed.