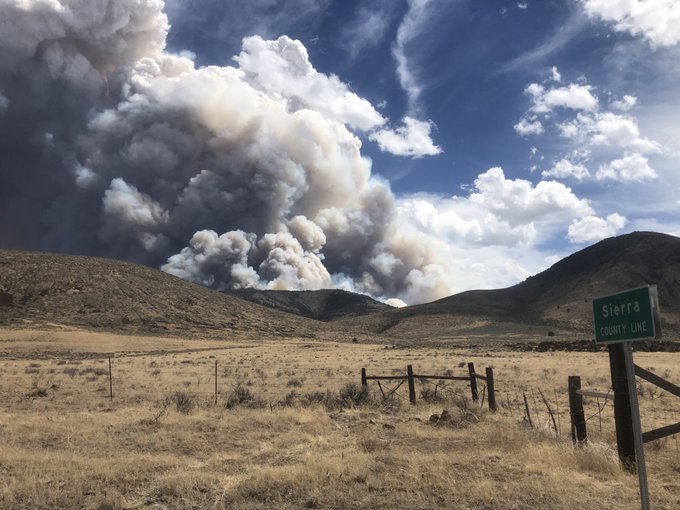 A wildfire was sparked by an unknown ignition on August 14th around 1630 hours, is burning east of the town of Loyalton and southwest of Mount Ina Coolbirth and just north of Reno, Nevada.

The fire was said to be at least 20,000 acres of timber, sage and grass has been destroyed but fire crews have reached a 5% containment status.

Fire behavior is extreme with wind-driven runs with short-range spotting with rapid rates of spread.  It has forced many evacuations, road closures and creating its very own and dangerous fire tornadoes. 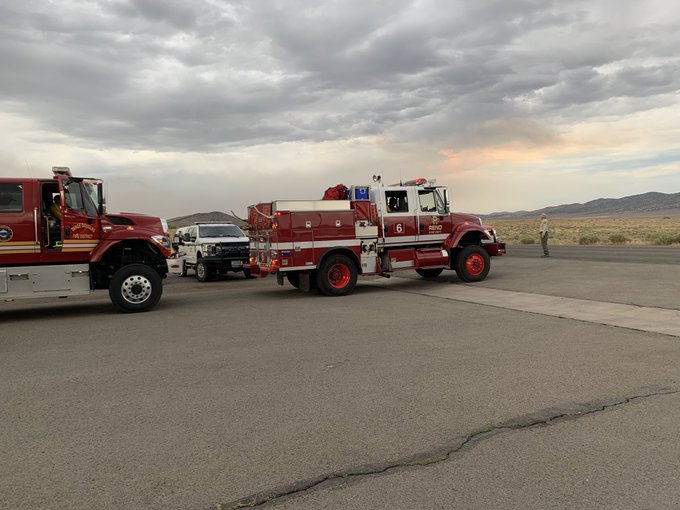 The fire jumped Highway 395 with vehicles stuck on the road.  Truckee Meadows Fire & Rescue’s Brush Engine 44 provided cover as they worked tirelessly and under pressure to help assist drivers evacuate the area. No injuries were reported. (1926 PT)

Mandatory evacuations are in effect for Plumas, Lassen and Sierra Counties, as well as for the following areas:

Advisory Evacuation orders for the following:

Closures are in effect for:

⚠️CLOSE CALL. #TMFR Brush Engine 44 on scene earlier today as #LoyaltonFire jumped HWY 395 with vehicles stuck on the road. The crew provided protection and got the vehicles out of harms way. No injuries. pic.twitter.com/iDTWzXo7Y8

There are approximately 441 total personnel that represent many California and Nevada fire agencies.