The Delta Fire is human-caused from an unknown ignition. It continues to burn two miles north of Lakehead, California. 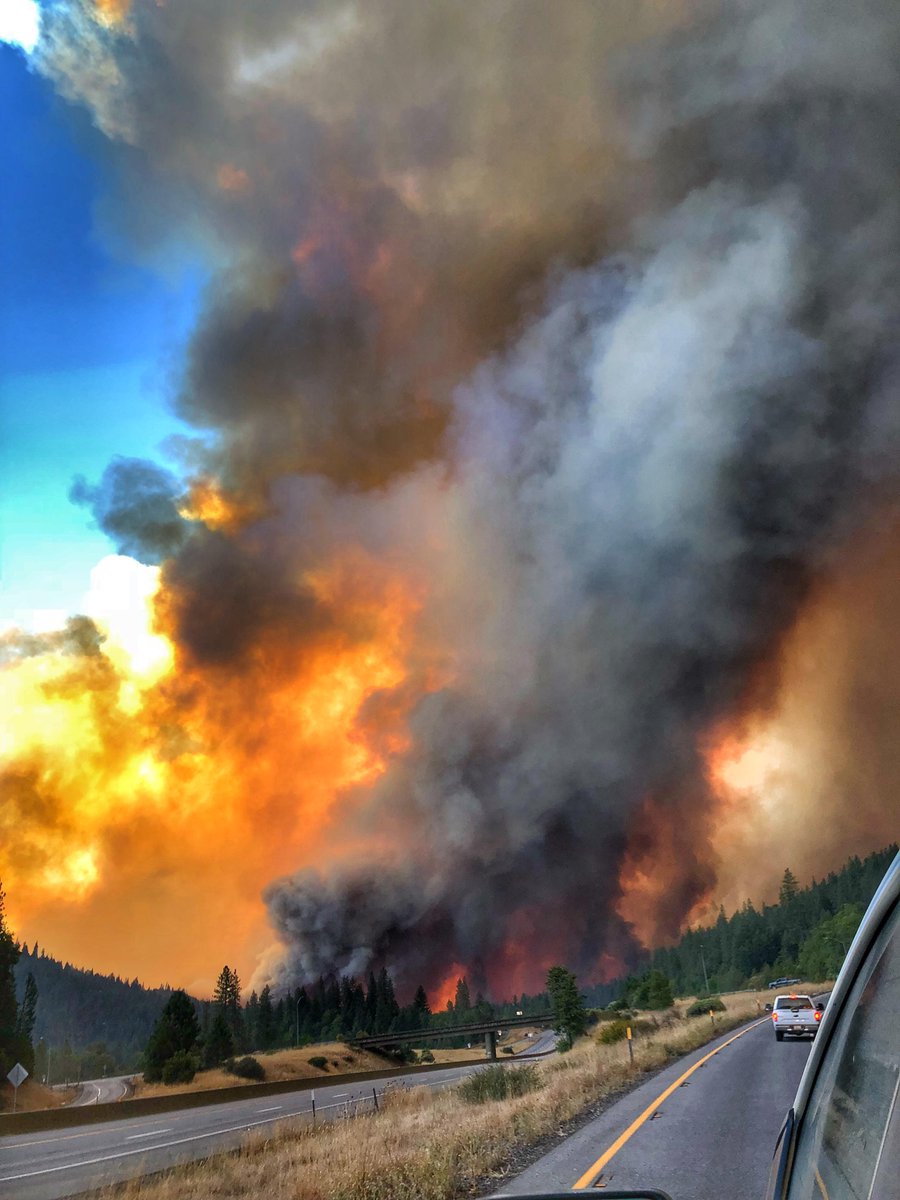 Fire Status
There has been 49,874 acres burned and crews have reached a 5% containment status. We heard that parts of I-5 are partially open.
Fire behavior is active with running, backing and spotting. Numerous structures including energy, communication and RR infrastructures are currently being threatened.
Resources
There are 2,433 personnel assigned to the incident along with 77 crews, 178 engines and 12 helicopters. 2 structures have been lost.
Damage Assessment
2 structures have been lost.
$8.5 Million Cost-to-date in firefighting and containment suppression costs.

A human-caused wildfire broke out about two miles northwest from Lakehead and on I-5 at Lamoine in California.  When we first broke the news just after the large wildfire started, it was only at 2,000 acres with a 0% containment status.  It was stated that the fire would explode to three-times its size overnight, jumping the freeway and burning up numerous vehicles and five semis.  The location of the fire it would prompt mandatory evacuations and cause both northbound and southbound lanes of I-5 to shutdown.  I don’t think we have ever heard this happen before – the closure of a major interstate that transports a lot of commerce.

The fire has merged with the Hirz Fire and together it has become a monstrous firestorm eating up the landscape and reaching 40,580 acres collectively.

The fire behavior is considered as active with running, backing and spotting.  There is a 0% containment status at this time.  Because of the fire, I-5 NB lanes are closed at Fawndale exit approximately 10 miles north of Redding and in the SB lanes at Mott Road, about 3.6 miles south of Mt. Shasta in California.

There are currently 2,132 personnel battling this fire including air and ground resources that include 52 crews, 163 engines and 7 helicopters.

The following are evacuation notices and mandatory orders for each impacted County.  Please heed the alerts given to you and please do not stay back to save your property.  You are putting First Responders (Firefighters, Volunteers and Police Officers’ lives in jeopardy).  Your property can be replaced, YOU and your FAMILY cannot.

Shasta County – Mandatory evacuations along I-5 from exit 707 at Vollmers N. to Exit 714 at Gibson. These are being implemented by the Sheriff’s Office.

Trinity County – Mandatory evacuation orders are being implemented by the Sheriff’s Office for all residents on E. Fork Road to Ramshorn Road and to the Shasta – Trinity County line.

Siskiyou County – Evacuation order notice only but all should be ready in case you have to leave.  This is for all residents in the Dunsmuri area.

There are two evacuation shelters set-up for residents and are located in the following locations:

There is one animal shelters taking in cats and dogs.  Those who use this shelter’s services must provide food/water/meds for their own pets and must come by to care for their sheltered pets everyday.

Firefighting suppression and containment costs have surged to $4.1 Million to date.

We apologize for not being able to update in the last 24 hours due to an illness.  We are recovering in the same sense (well, kinda) as the State of California.

A video was circulating around Social Media by a news crew showing multiple horses standing in deep waters but not a follow-up to that story as to what was happening with their rescue.

People took to Twitter after the story and the video broke angering many of them.

One source is reporting that 28 horses were rescued but more still continue to need assistance. 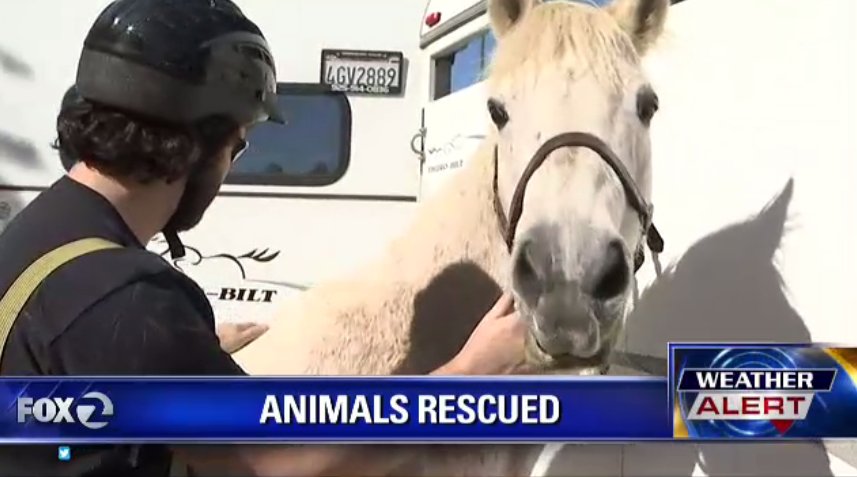 Here are a few pics of the damage to the Pfeiffer Canyon Bridge in Big Sur. Damage due to slumping hill-side from excessive rain. 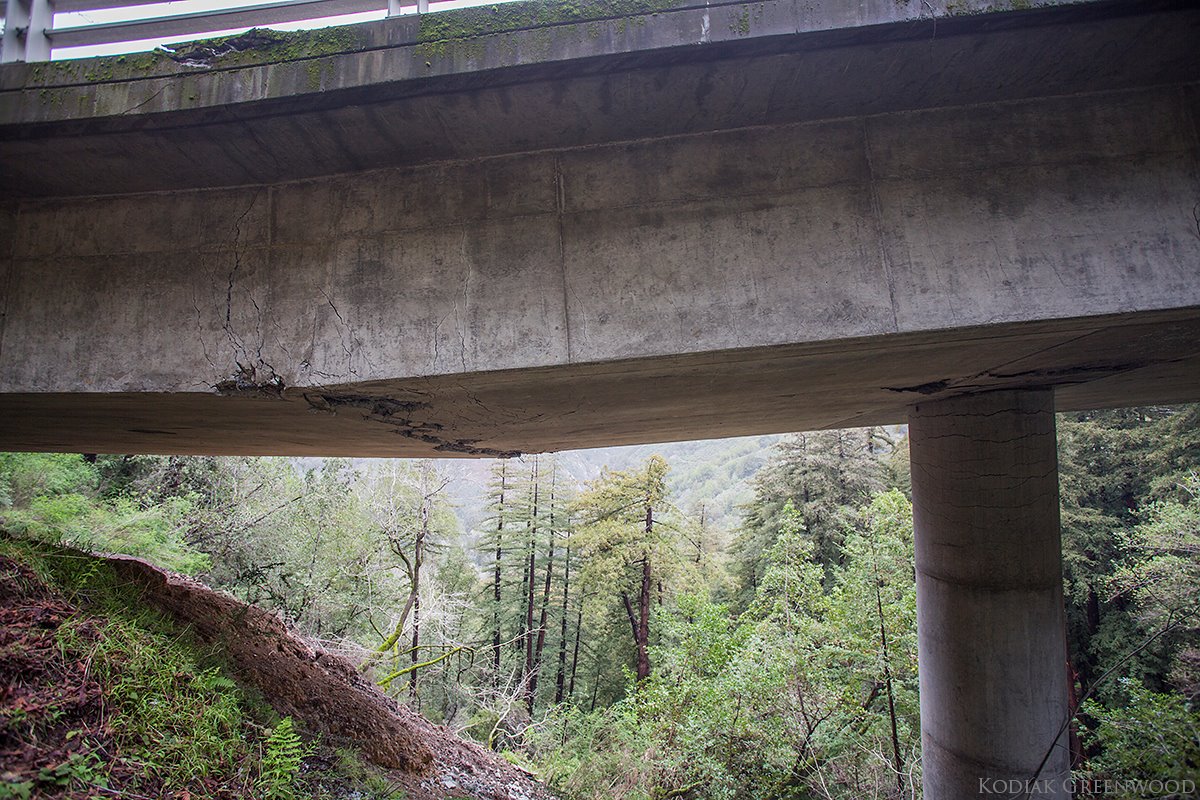 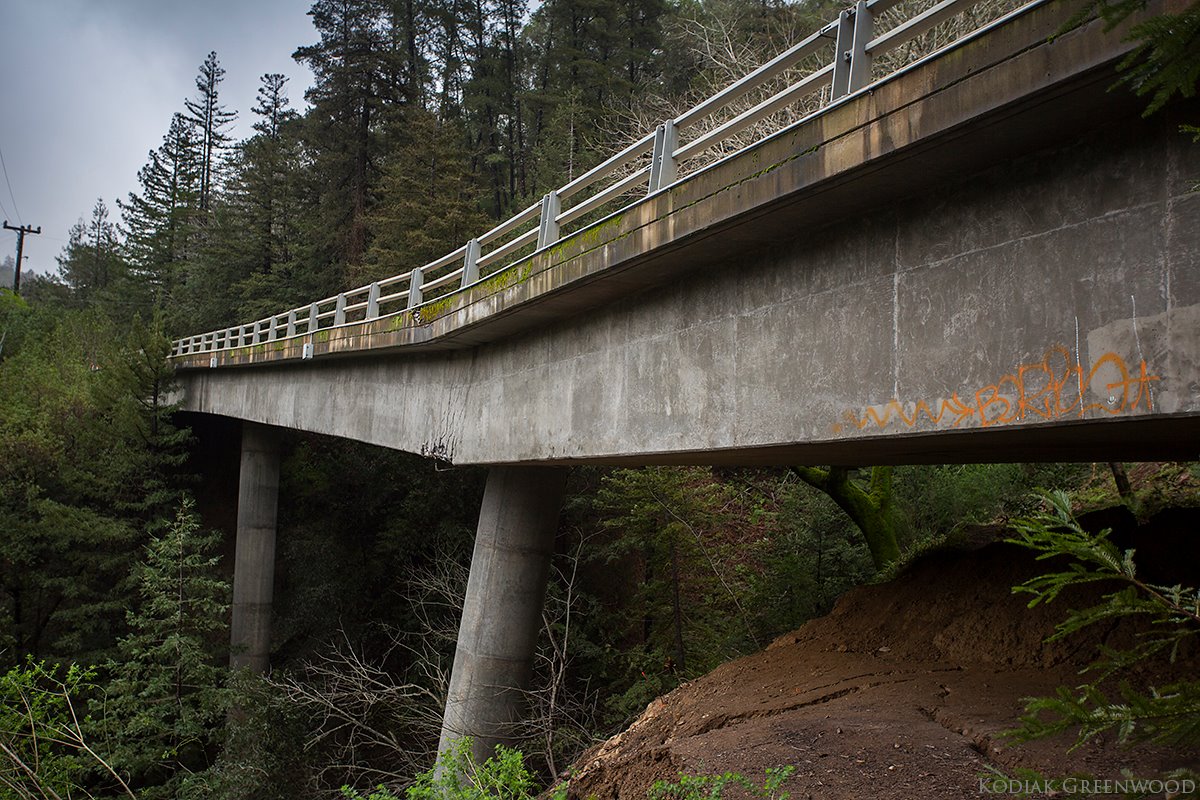 This is a quick early AM Update on Wednesday happening all around California from overflowing spillways to severely damaged roadways to water rescues. 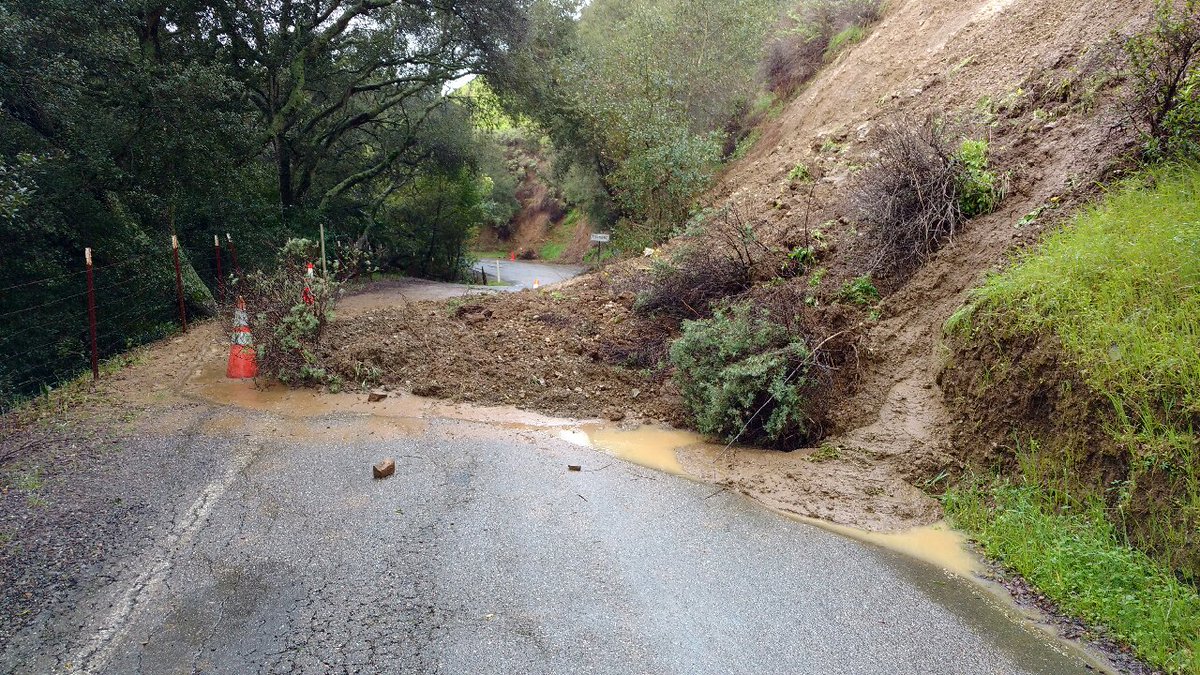 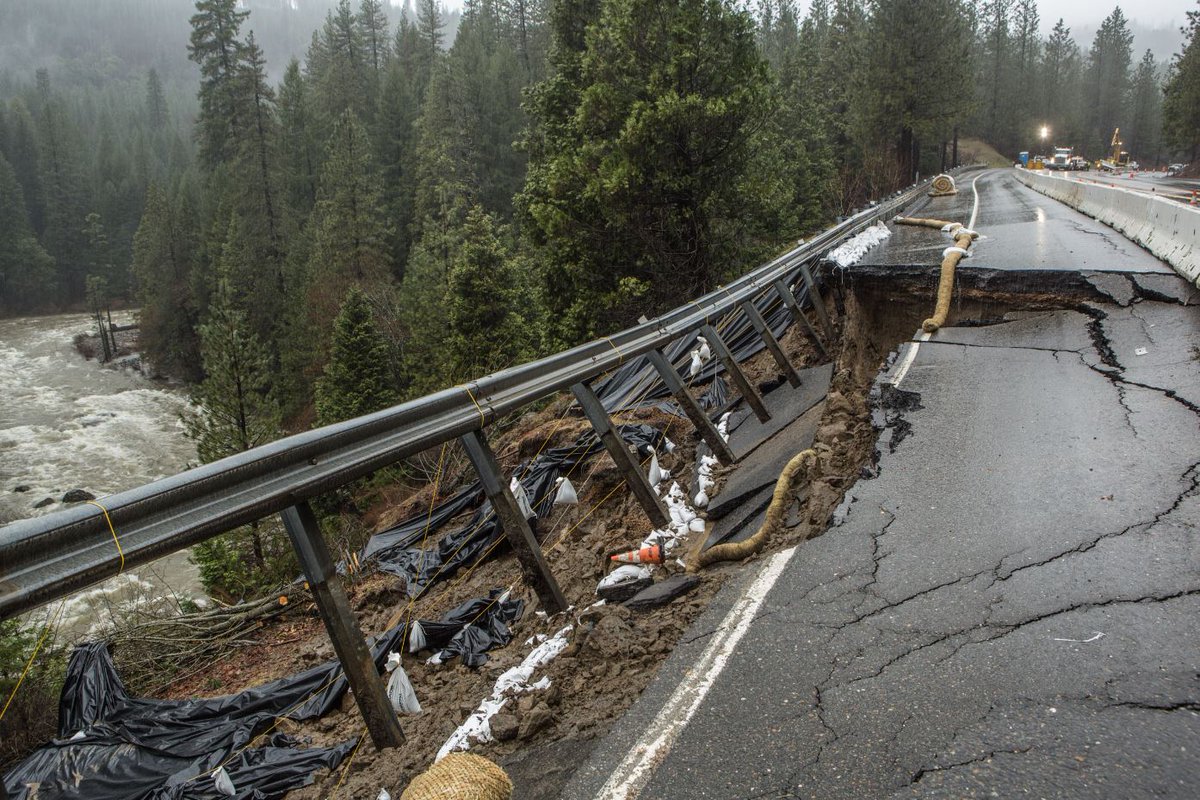 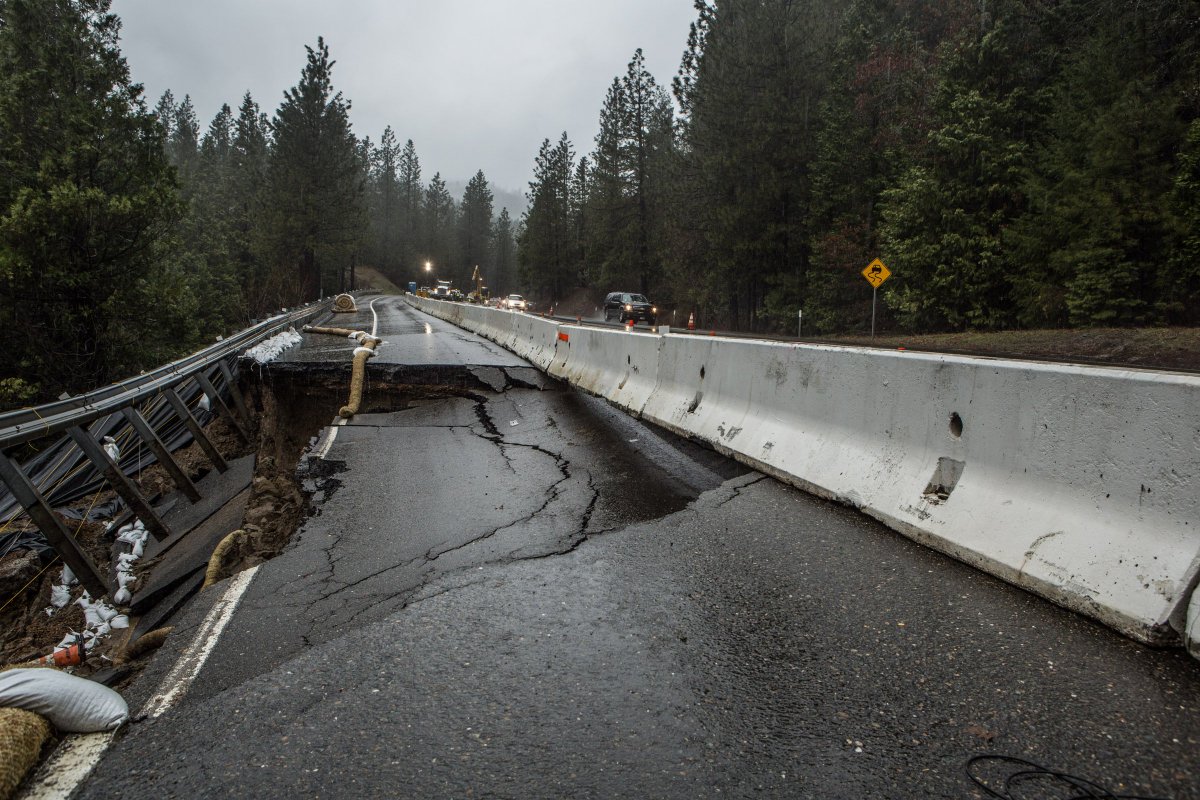 Another day has come and so have more problems for California residents, visitors, businesses and the government alike.  Here are the latest disaster happenings in this State by location. 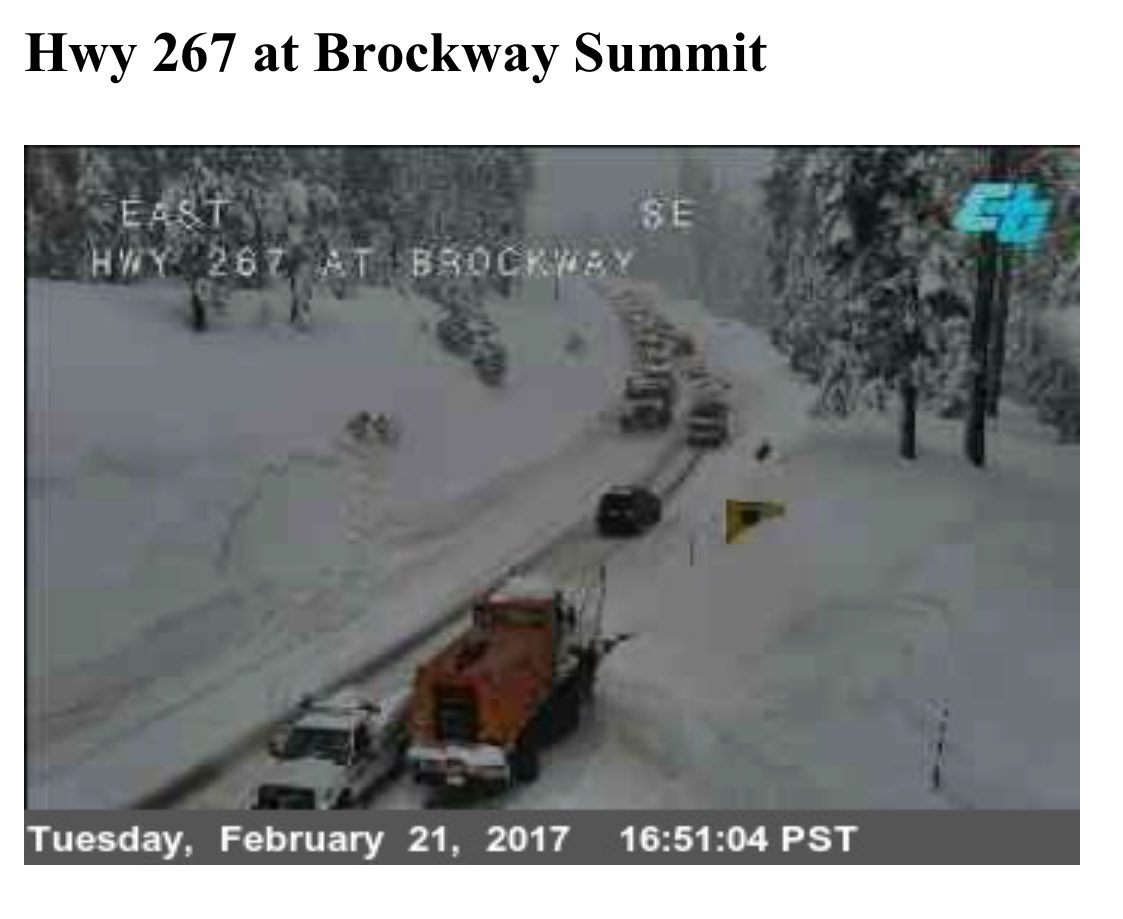 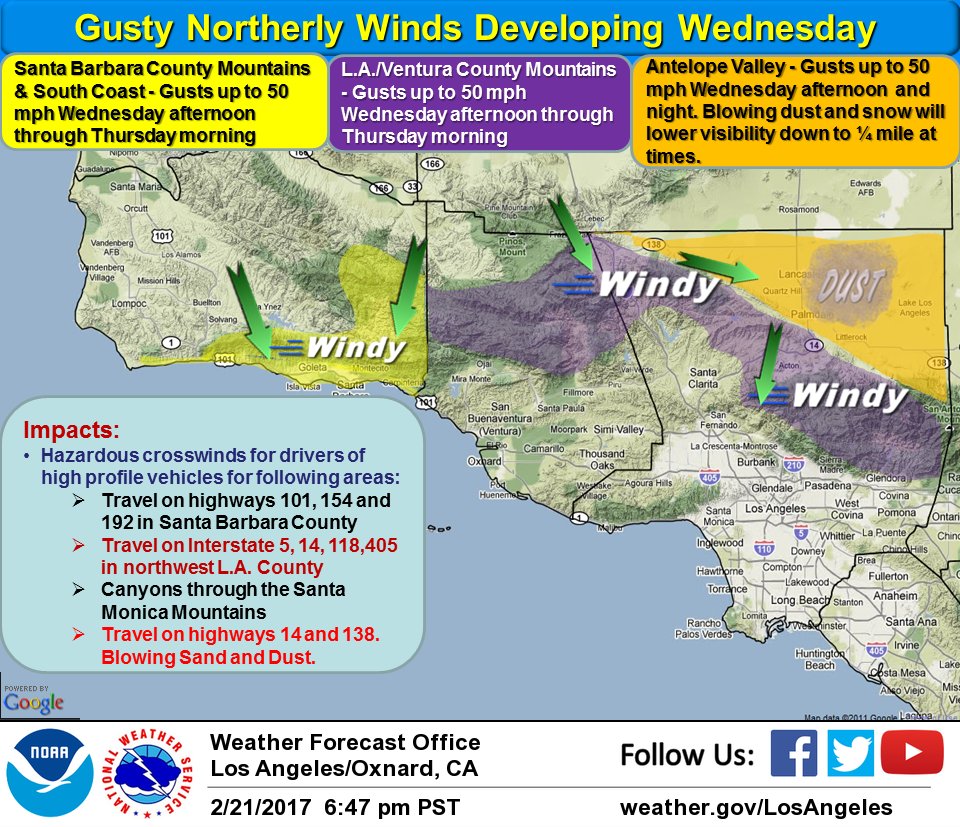 San Jose residents in low-lying areas close to Coyote Creek should be prepared for evacuation due to flooding. If your home is very near Coyote Creek, please take necessary precautions now to be prepared to leave.

Yes, we know we are a little late to the game but I [have] been fighting the flu and hoping it is just a bit at the tail end.  Now, that I am upright, thought I’d share what has been spreading like wildfire all over Social Media and is on the fire ground in AZ and CA – not a pretty sight.

Our Thoughts and Prayers are there for those are involved in this powerful wind-driven firestorm of 2016.

The fire started on Wednesday, April 6, 2016, around 0500 hours on two specific sites on the Arizona and California borders on the Colorado River Ranger District.

NOTE: Generally where there are two separate fire names, it is because they have started one name and it is changed over time to reflect a more accurate location.  This fire is listed to be two different locations on both the AZ and on the CA sides.  We are unsure if there were two different origins, so we’ll that up to the Fire investigators to figure that one out, but for the purpose of this post – we will refer to the #TopockFire as on the #AZFire side and the #PirateFire on the #CAFire side.

The fire is known by two names, #TopockFire on the Arizona side, is approximately two (2) miles West of Topock and Golden Shores, Arizona.

The #PirateFire is on the California side, about ten (10) miles SSE of Needles, California.

The cause is unknown, but it is listed as an active investigation.  No updates from that investigation have been released.

Due to the fire being on both sides of the Arizona-California borders, Command is in an Unified Command Status.

There are about 165 personnel assigned to this incident, including Mutual Aid from the following:

We are still trying to find out what type of crews, equipment and apparatus is on-scene but so far, we haven’t found that jackpot yet. We will put out more updates as information is received.

Windy conditions have arrived and firefighters have been able to establish containment lines. So far, they are reporting that they are holding.

Golden Shores, Arizona is reporting a warm temp of 89-degrees with 15% percipitation, 9% humidity and winds at 6-mph.

Disclaimer:  The Photography in this post is not our own and we do not lay rights or claims on them.  We have given the Photo Credit to the best of our knowledge and all rights of those of the Photographer as listed. – Editor.

Kenwood, CA – Approximately 1632 Hours on Tuesday, November 12th, a series of small fires broke out on the right shoulder of the Northbound Lanes of I-15, north of the Kenwood exit on Cajon Pass.

Originally, the fire had a moderate rate of spread and homes in the area were under threat.  An immediate decisive and aggressive attack by firefitghters held the fire at seven (7) acres.

The right two lanes were closed on Tuesday evening by CalTrans and the California Highway Patrol.

There is no cause known at this time and is still under investigation.