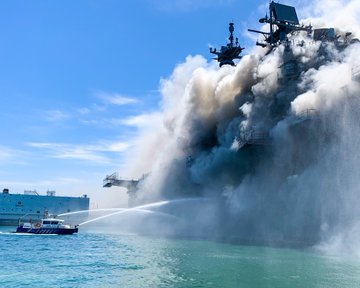 Fire broke out from an unknown cause at 0830 hours PT.  Several explosions, heavy flames and smoke occurred during the incident where the ship was docked at the pier at the San Diego Naval Base.

All-in-all, 11 injuries were reported and thankfully no loss of life was reported. The ship has suffered serious damage.

Resources assisted at the fire today included the US Navy, Federal Fire, San Diego Fire and the Port of San Diego Harbor Police. 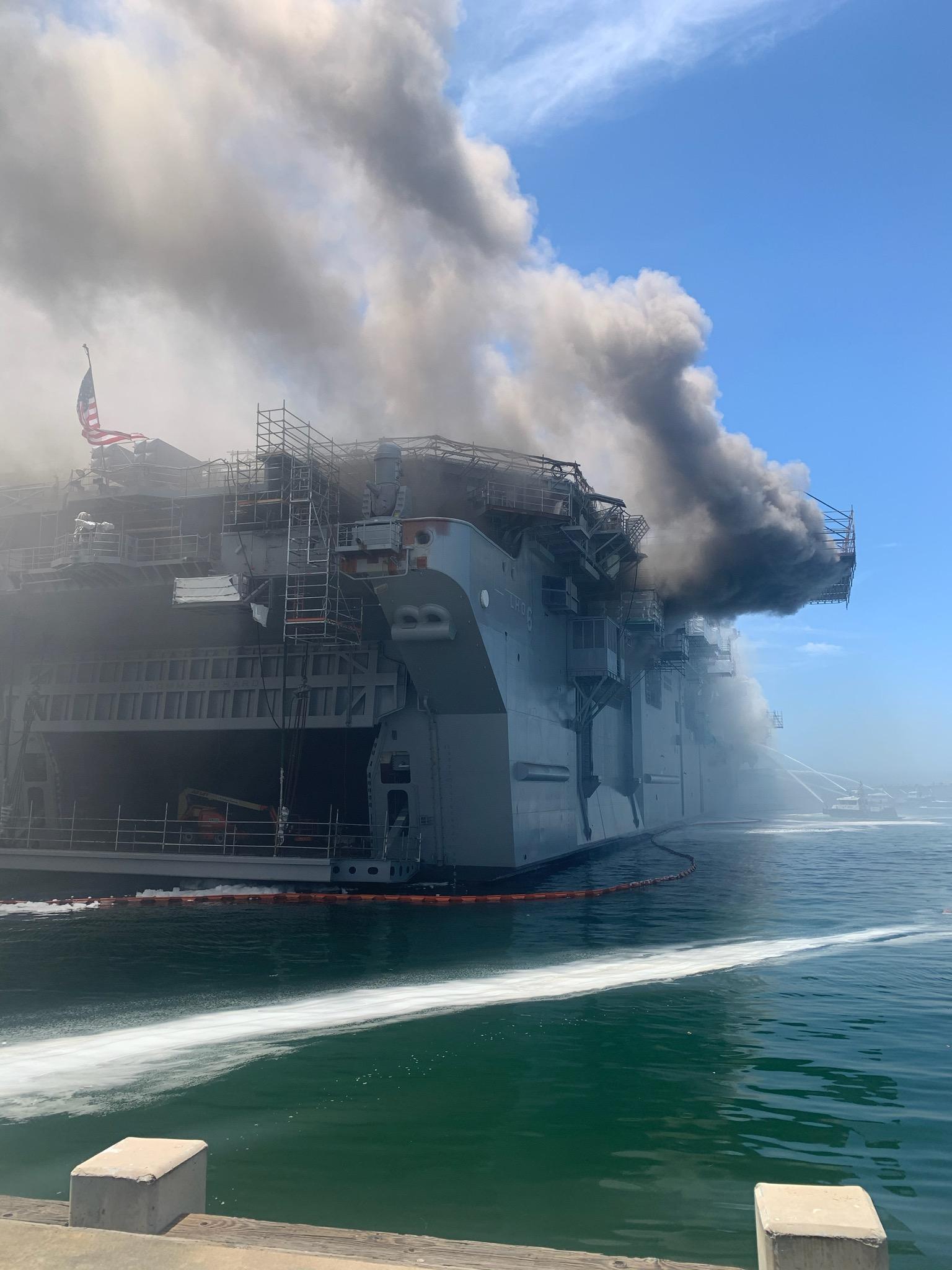 Smoke could be seen all across the area, as well as laying down in the valley which prompted many calls to 9-1-1.  Callers reported odor and smoke calls. Though those calls would turn out from smoke impacting areas, fire calls for service were still answered. – Media

Confirmation by the Navy that there was no aircraft onboard at the time of fire. – Media

The [ship] was docked for scheduled maintenance between deployments. Sailors assigned to it were staying in Navy or private housing on shore were not on board when the fire started. – Media

ABOUT THE USS BONHOMME RICHARD (LHD-6)

This is a Wasp-class amphibious assault ship and the third ship of the US Navy to bear the name. It was named in the honor of John Paul Jones’ famous frigate which he had had named in French “Good Man Richard”. 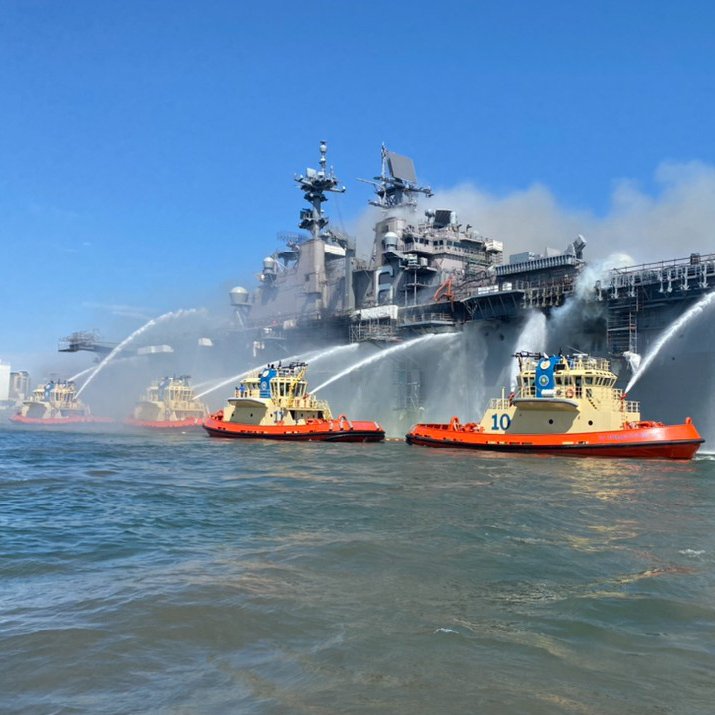 It is used as a landing helicopter dock and amphibious assault ship.

Photos found in this post are credited to the Port of San Diego Harbor Police, unless otherwise noted.