The BOX FIRE is burning on NB I-5 at Kenwood Avenue that started as a car fire  into an urban interface on Friday, July 6, 2018, around 0955 hours.  The fire has scorched 100 acres of grass and chaparral fire fuels.

The fire has reached a 50% containment status.

The COUNTY FIRE is burning in CAL FIRE’s Sonoma-Lake Napa (Napa and Yolo Counties) Unit’s area.  The fire is being managed by a CAL FIRE IMT Type 1 that was formerly managing the PAWNEE FIRE.

This fire is burning one mile southwest of Guninda and east of Lake Berryessa, California.  Fire fuels include brush.

Current fire behavior is active with uphill runs, flanking and backing. Many structures are being threatened. Evacuations, roads, area and trail closures in effect.

Mandatory orders have been lifted as of 2111 hours PDT. For evacuation information, visit the Napa County Sheriff’s Office for details. 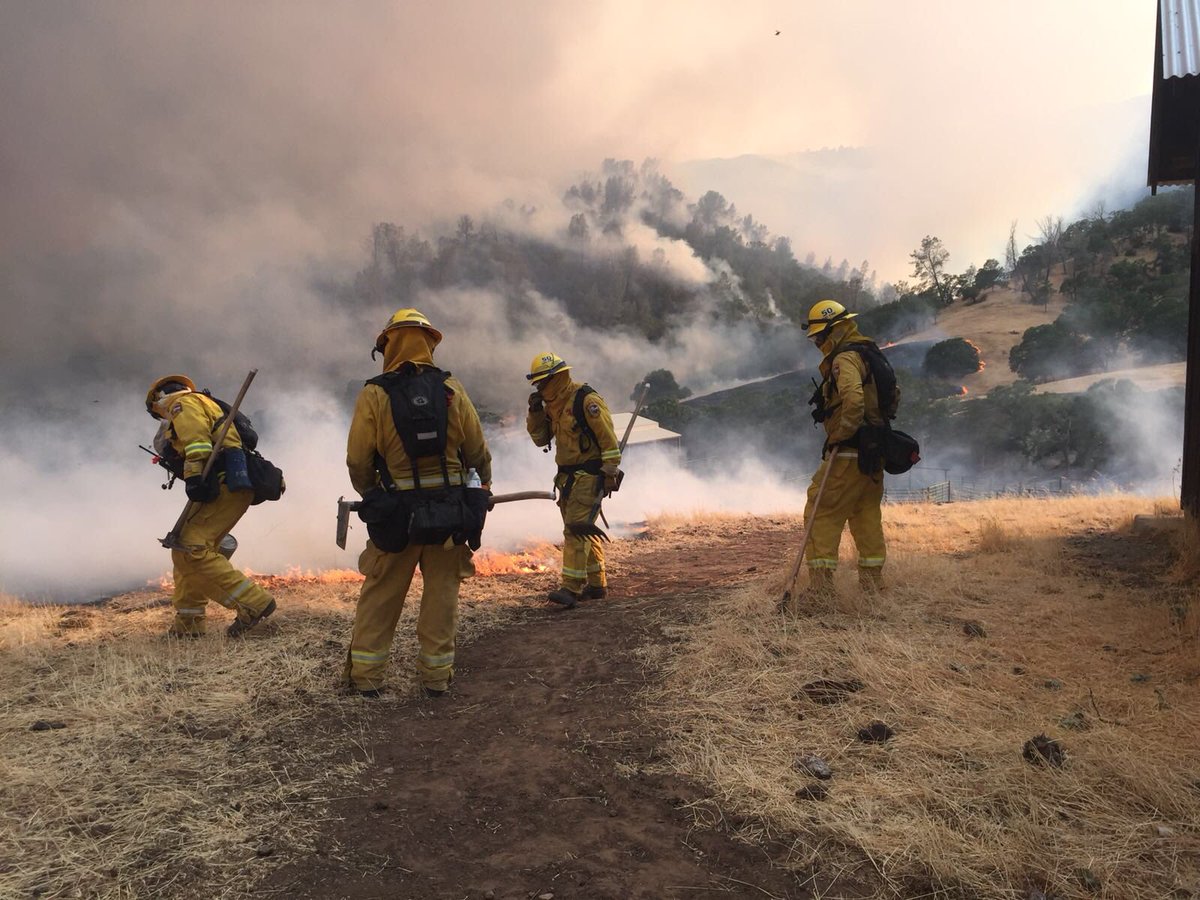 There is a conflicting report that 18 structures have been lost (NIFC) and 10 via CALFIRE’s presser.  Fire suppression and containment status reaching an all-time high of $27,500,000.

CAL FIRE crews were dispatched to a brush fire near 40 Dutzel Lane in Cherokee around 1530 hours this afternoon.   AA 210 were overhead reporting the fire to be about two to three acres with a structure involved. Three additional engines were requested with CAL FIRE’s TGU unit and a dozer from the Plumas National Forest en route. 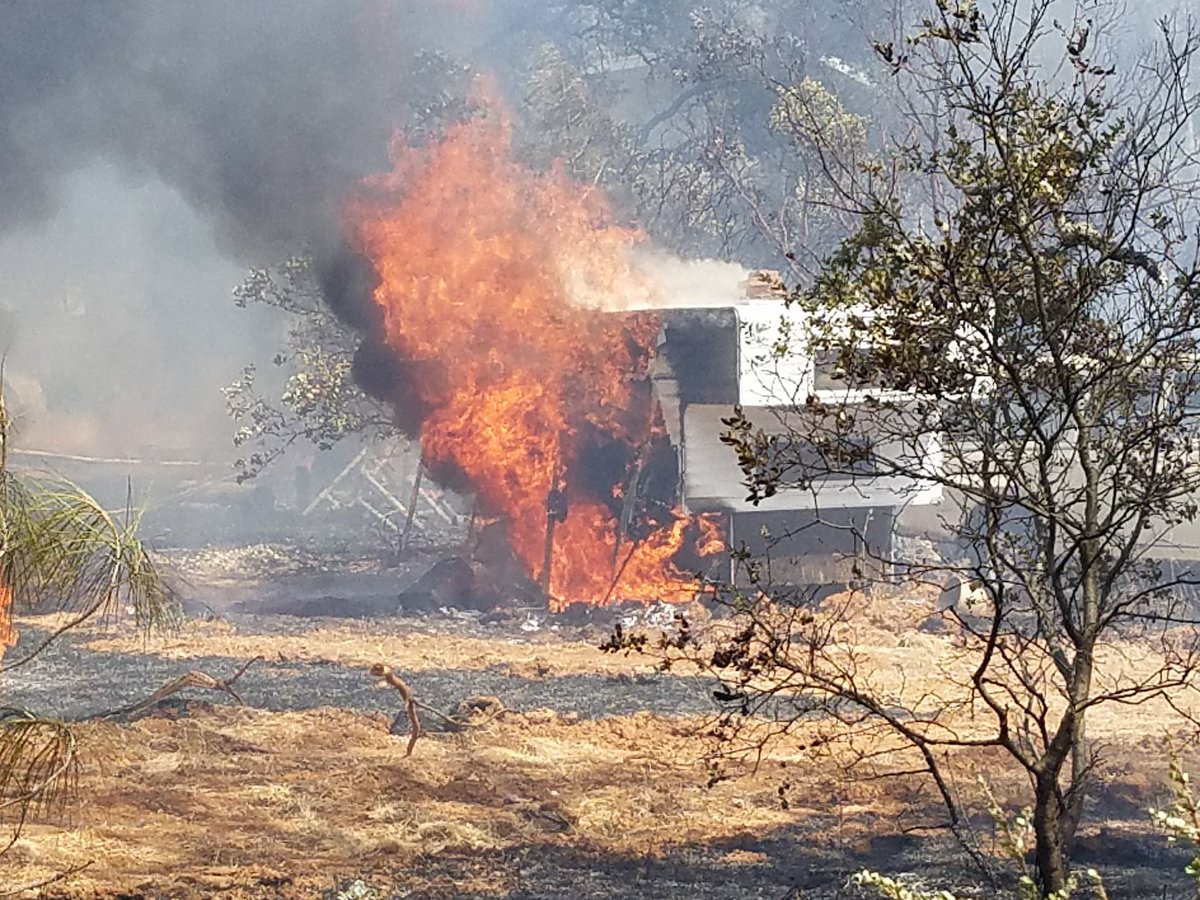 According to a timeline, the IC requested five additional engines due to the wind shifting and three additional structures at 1537 hours.  Oroville FD was dispatched and responding as mutual aid to the fire.

Tankers 88 and 89 were inbound from the Grass Valley area at 1549 hours.  About ten minutes later, the forward progress was stopped with the dozer going back in service.  Tankers were were available but would be eventually released. Water tenders were requested to continue with responding, however all other incoming engines and additional dozer were CODE GREENed.

All-in-all, the total amount of acres scorched was four with one shed, car and trailed being destroyed.  The GOOD NEWS is that firefighters saved many, many structures.

Today, at noon the EAST CREEK FIRE was reported to fire officials of a fire burning in the Kings Canyon Wilderness located south of the Bubbs Creek Trail and west of the East Creek Trail or about 8.5 miles east of Roads End Permit Station.  It is said to be burning 8,700 feet in a stand of Red Fir.

The cause is unknown and under investigation. The total acreage burned so far is 10 acres of timber with a 0% containment status.

Due to the remote location, there are no threats to property or people in the area.  However, there is some potential for fire growth which fire crews are working to contain as quickly as possible.

There are 15 personnel assigned to this incident. 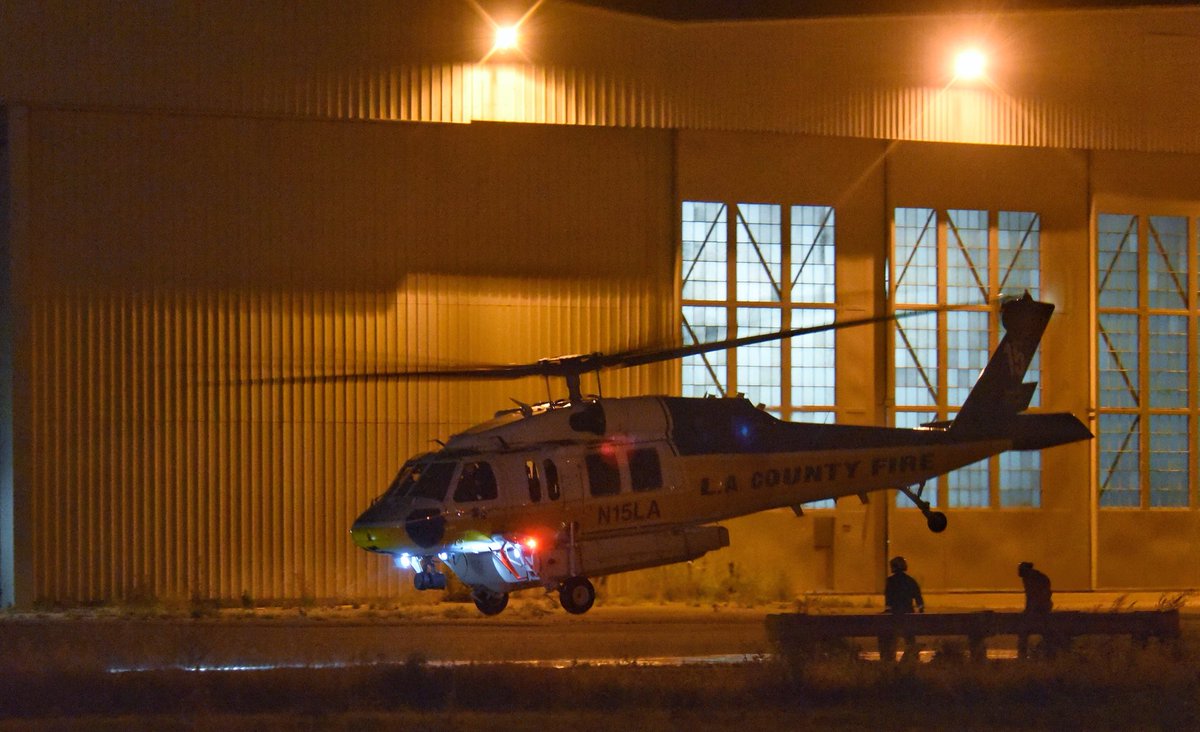 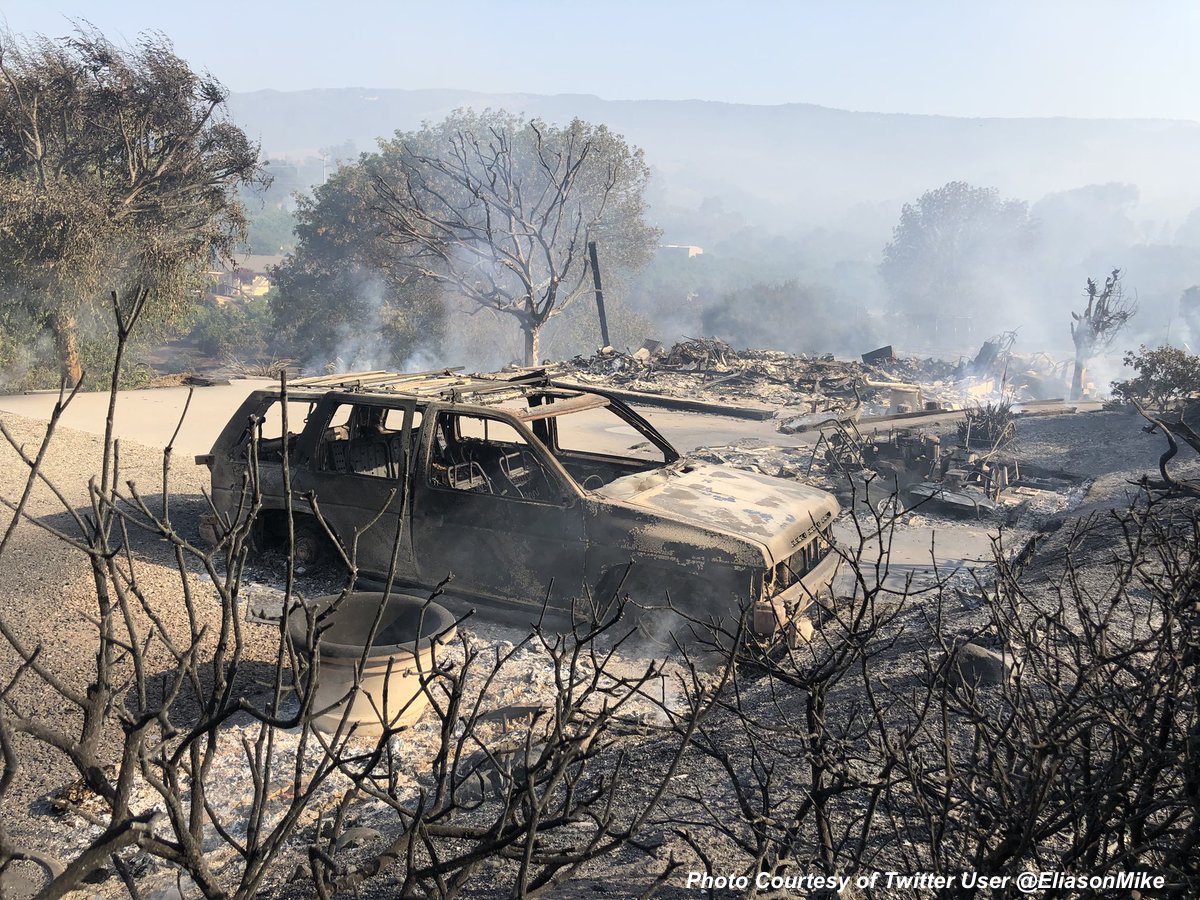 This will undoubtedly cause all aviation fire resources to shutdown until the airspace has been cleared. DON’T DO IT!  #NoDronesInFireZones period.

The fire was said to have started on the same day around 2040 hours.  Today, it is at 100 acres and with an 80% containment status.

The KLAMATHON FIRE is burning about two miles southeast of Hornbrook in CAL FIRE’s Siskiyou Unit’s service area in timber, chaparral and tall grass. Fire behavior is extreme with short crown runs and running.  Communications infrastructure in several areas are currently being threatened. Evacuations and road closures are in effect. 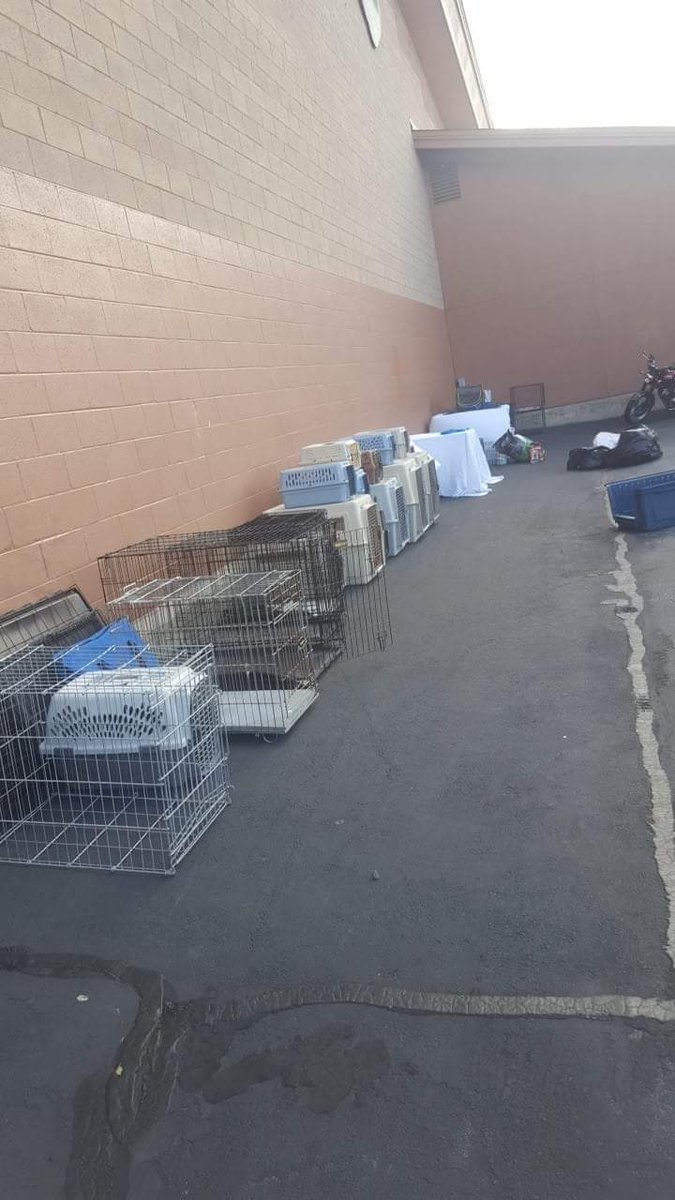 “If you are in an evacuation zone, take your animals and animal supplies with you including crate, bed, feed, leash, whenever possible. Siskiyou Co Ag Dept public hotline to request animal evac or animal care assistance is 530-841-4028. Leave a detailed message.”

The LIONS FIRE is burning in the Sierra National Forest without a Type 1 or Type 2 IMT that has scorched 4,064 acres.  The fire cause was lightning that ignited the area on Monday, June 11th around noon about seven miles southwest of the Mammonth Lakes area.  It has an 84% containment status.

The MARILYN WILDFIRE is located in the 29300 block of Marilyn Drive where fire crews were dispatched at 1928 hours.  IC P17 on-scene.  No further details available.

The PAWNEE FIRE is burning in CAL FIRE’s Sonoma-Lake Napa Unit’s area.  This is no longer being managed by the CAL FIRE IMT Type 1 of the COUNTY FIRE, due to being transferred to the local unit today.

This fire is burning five miles northeast of Clearlake Oaks in brush and tall grass.  Fire behavior has been reduced to minimal fire activity.  Evacuation orders are still in effect.

This fire was reported to have ignited on Sunday, July 1, around 1445 hours by an unknown cause. It is  burning in the Klamath National Forest, about 21 miles southwest of Etna in timber.  Command transitioned from a Type 3 to a Type 4 IMT under IC Isbell with the U.S. Forest Service (Klamath NF)

Fire behavior is said to be minimal but 215 acres have been scorched.

Crews have successfully reached a 90% containment status and crews are expecting this fire to reach 100% containment by Sunday, July 8, 2018.

37 personnel are assigned along with two crews and one engine.  Two structures have been lost.  Fire suppression and containment costs have reached $1,700,000.

A brush fire prompted fire resources to be dispatched today at 1547 hours to the Sierra Hwy and Mint Canyon Road.  This is an open incident with limited information.

The VALLEY FIRE is burning on San Bernardino National Forest lands from an unknown cause on Friday, July 6, 2018 around 0130 hours.

The fire is burning on Hwy 38 at Valley of the Falls Drive and is being managed by a Southern CA IMT 2 which took command of the fire incident as of 1800 hours on Saturday, July 7, 2018.

Evacuations are in effect for the Forest Falls Community area, east of Hwy 38.  Structure protection and security resources are in place if the fire reaches this area.  No structures have been reported damaged or destroyed from this wildfire.

504 personnel are assigned to this incident along with 39 engines, nine crews, five water tenders, two dozers and nine helicopters.  Additional fire suppression and containment resources will continue to arrive on the fire line over the next few days.

A TFR is in effect over this fire until further notice.

The WEST FIRE is burning on the Cleveland National Forest, off of I-8 and West Willows Rd, about two miles east of Alpine (San Diego County)i n chaparral and tall grass.  Fire behavior is extreme and currently threatening the community of Alpine.  Evacuations and road closures are in effect. 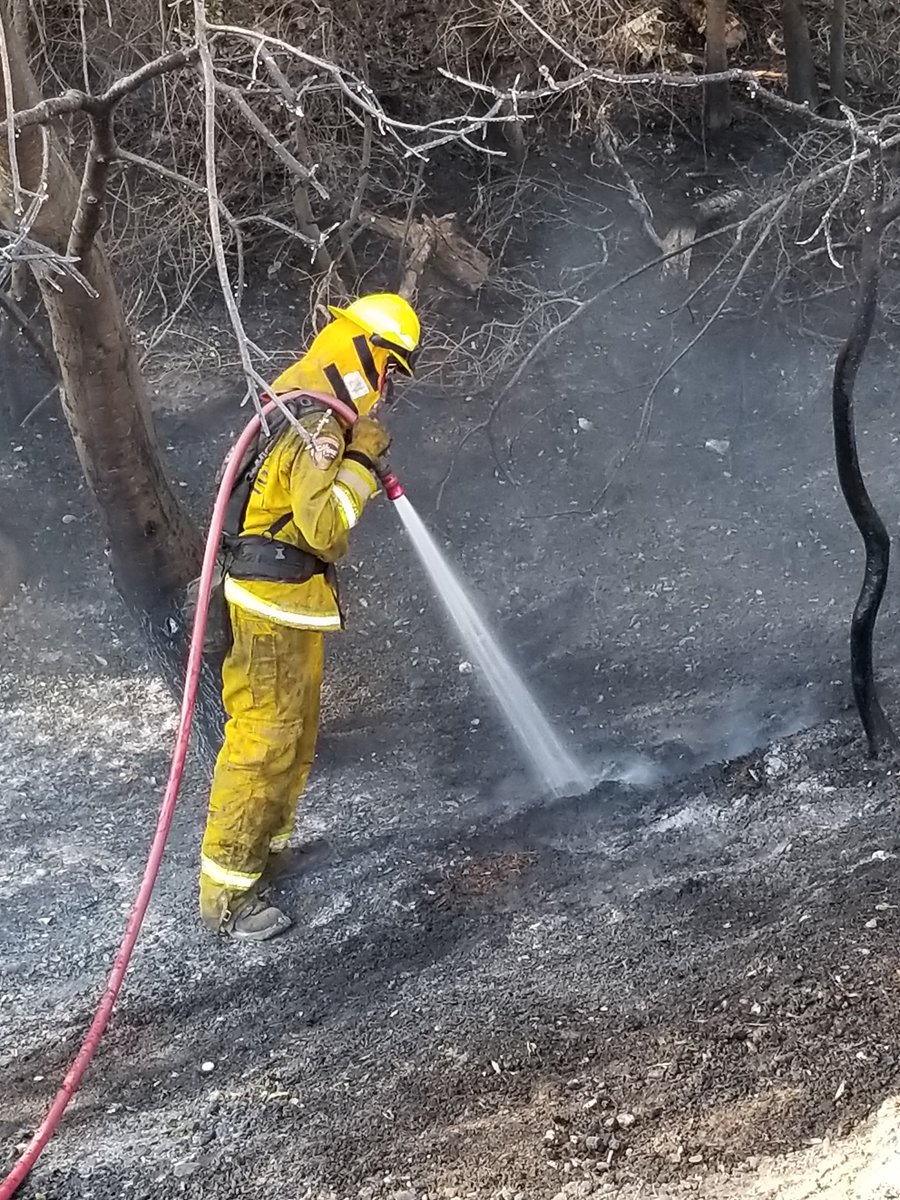 504 acres have been burned up and crews have reached a 81% containment status. 18 structures have been destroyed.

Fire resources were dispatched today at 1606 this afternoon  to the Guffy Campground near the Wrightwood Wash on the east side. PAT 38 (IC) arrived on-scene.  Open incident. 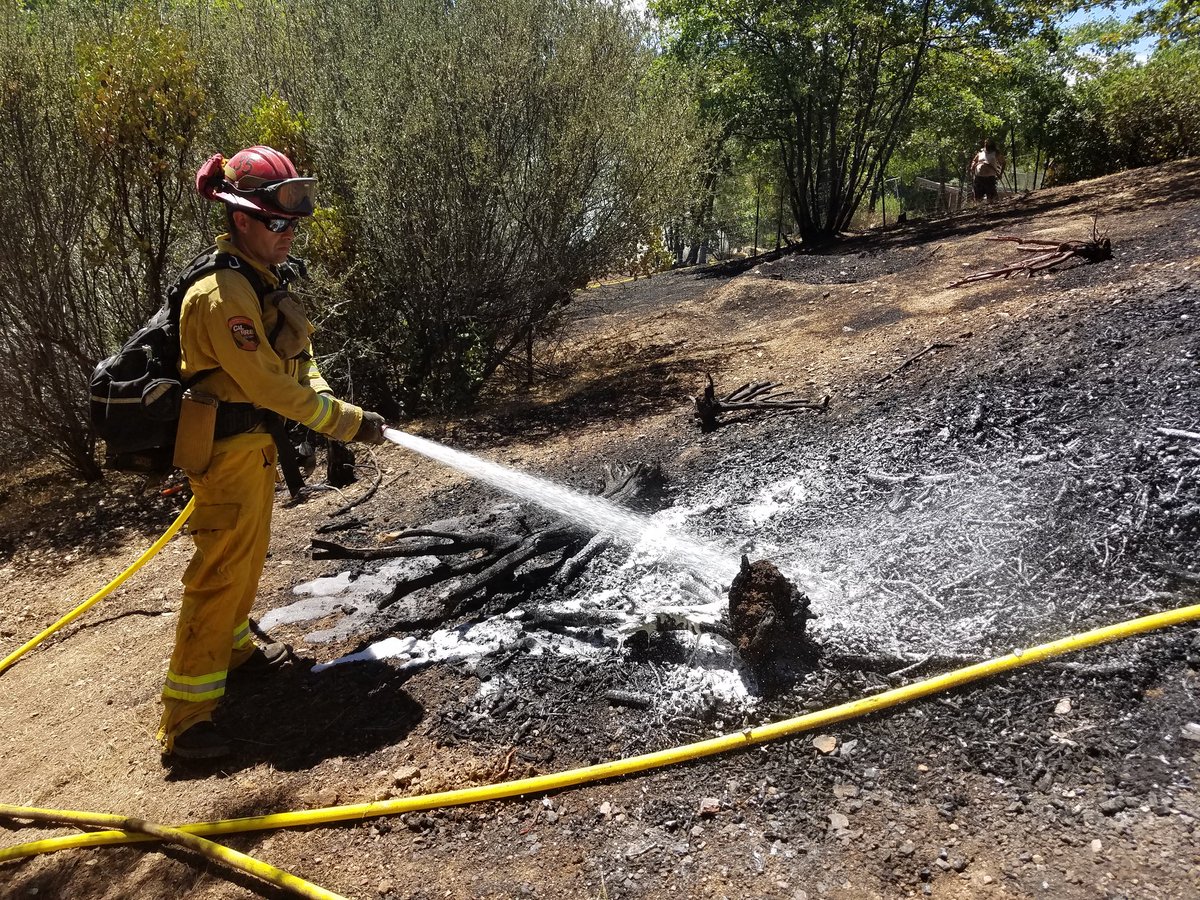 CAL FIRE’s Butte Unit and the Butte County Fire Department were on-scene of a brush fire that broke out on Yankee Vista Circle, where fire crews worked tirelessly to stop the forward progression and holding the damage to a half-of-an-acre.

Mop-up operations were on-going around this afternoon at 1450 hours.