CAL FIRE resources from the Riverside Unit were dispatched to a wildfire around this morning.  The fire named the WOLF FIRE is located off of Lamb Canyon Road and California Avenue, southeast of Beaumont in Riverside County in an unincorporated area in the State of California.

Just before noon, the fire had scorched just over 15 acres and fire behavior was moderate to a dangerous rate of spread.  Air support was en route. 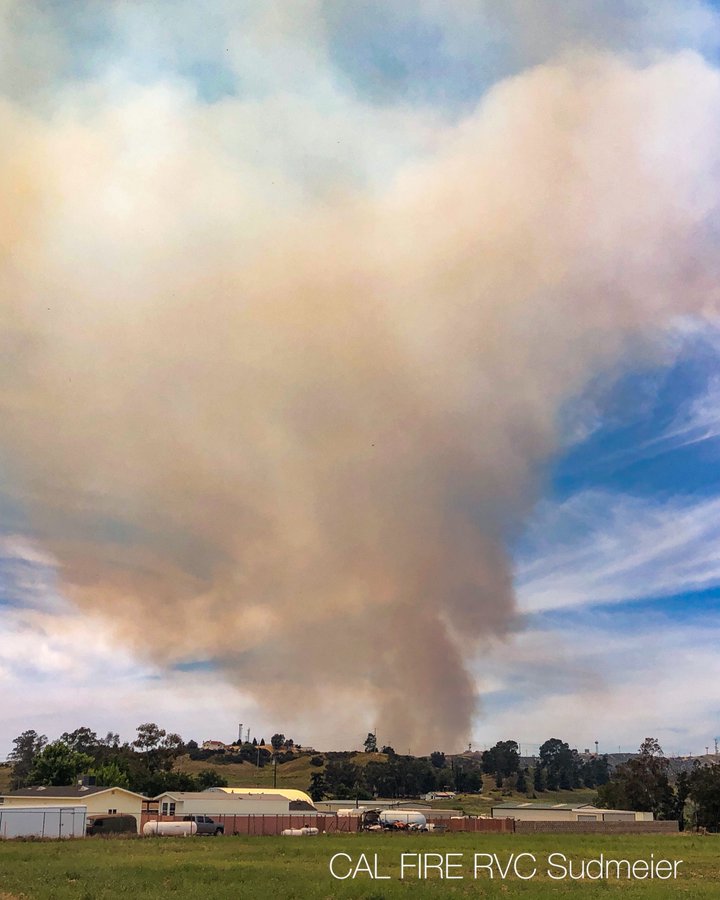 About ten minutes later, Air Attack was saying the fire was more than 20-plus acres and quickly growing.  At the time there was an additional resources that included two additional tankers and a Type 2 copter with crew that was the closest available.