Get a firsthand look as Sailors and Federal firefighters responded to a fire onboard the #USNavy amphibious assault ship #USSBonhommeRichard (LHD 6) at Naval Base San Diego. July 12, a fire was called away aboard the ship and continues to be fought. pic.twitter.com/UHb9OV2d3j

Reports of an explosion occurred on July 12th and still continue to burn on Day 3 on the USS Bohomme Richard (LHD-6), a 40,000 ton Wasp class U.S. Navy amphibious assault ship. 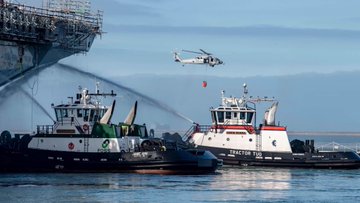 Scheduled  routine maintenance in between deployments has brought the large ship to port and remains while Navy fire crews continue to contain the heavy smoke and blaze.

The US Navy said those assigned to the ship were either in local or base housing and all crew were off the ship at the time of the fire when started on Sunday, July 12th at 0830 PT. 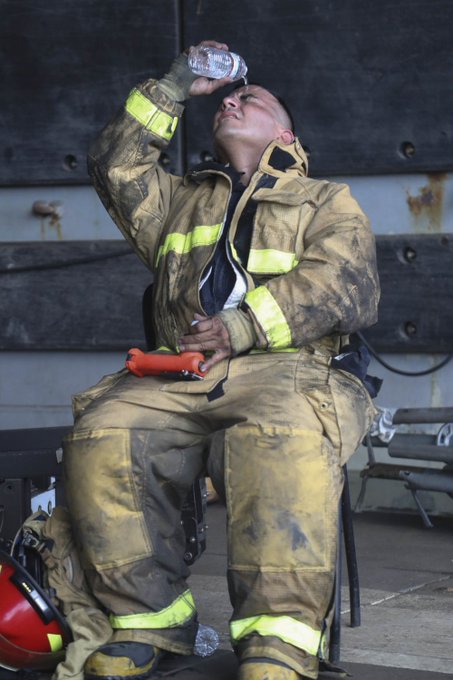 The ship’s settling caused an immediate evacuation of personnel from the pier and vessel as a precaution.

There were personnel from Federal Fire  and over 400 sailors from 12 San Diego-based ships that are part of the marine firefighting units.

The Helicopter Sea Combat Squadron 3 has dropped more than 1,500 water bucket drops over the fire.  It has been cooling the very large vessel and flight deck at one time enabling crews to enter the ship. 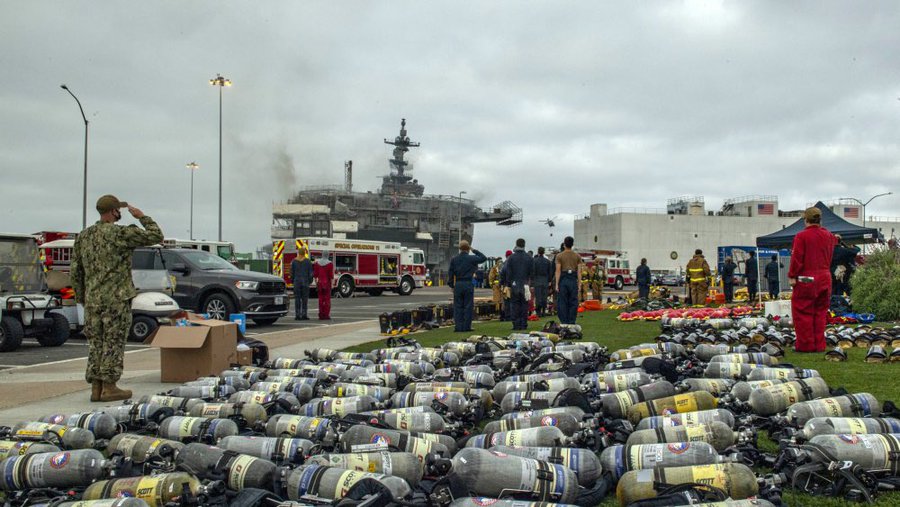 The cause of the fire is still unknown and is under investigation. 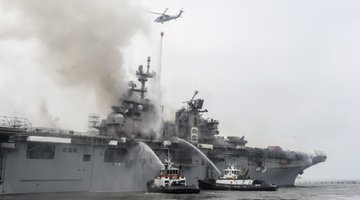 There are no personnel currently hospitalized.

There were no deaths reported. 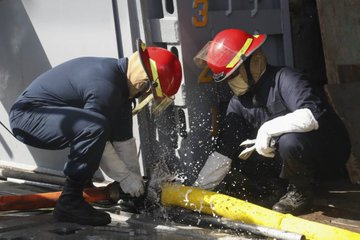 NCIS urges the DON family and community members to remain vigilant of fraudulent GoFundMe pages and other fraudulent charities soliciting for donations in response to the fire aboard the USS Bonhomme Richard.  Check out more important details regarding this potential scam the Navy wants you to be aware.  Check out their Facebook page here —> https://www.facebook.com/USNavy