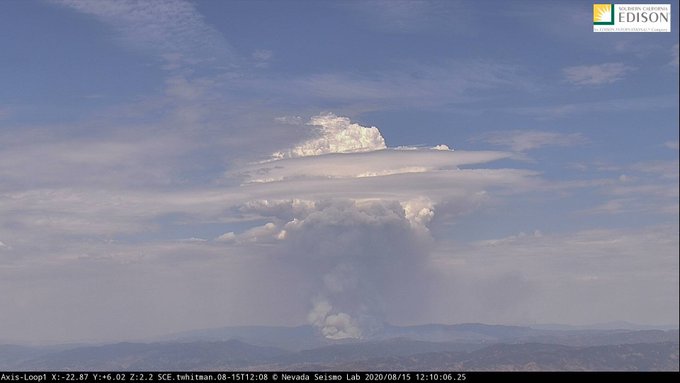 Fire behavior was reported as extreme with running, spotting and out-of-control. Images sprayed all over Social Media and on news outlets, showed one video of a hillside ablaze and looking like a roman candle.

Flames were burning horizontal, which we have never seen before. However, fire tornadoes were familiar and knowingly dangerous to those that stand in the firestorm’s path.

Since our last update on Thursday, we reported the fire had burned 11,000 acres of chaparral, brush and timber, it has now increased on Saturday up to 14,714 acres.

Fire crews have successfully reached a 12% containment status with their objectives to continue towards full suppression and eventually putting it out. Expected containment is due to be reached on September 2, 2020.

At this time, 4,570 structures are under threat.  Several structures have been damaged and lost.

As of today, 6 structures and 15 outbuildings have been destroyed. 3 structures were damaged.  The cost-to-date of firefighting suppression and containment expenses have risen to $5.6 Million.